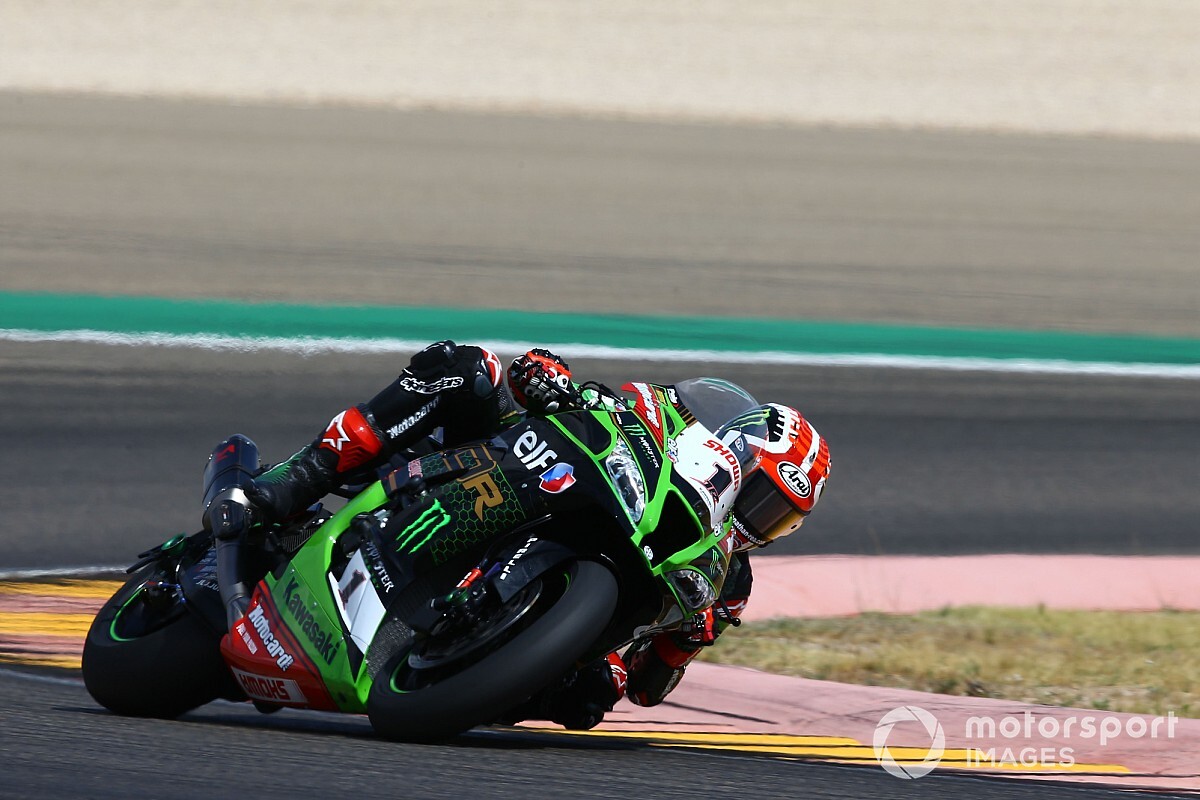 Kawasaki star Jonathan Rea claimed his pole position at Aragon on Saturday - his first at the Spanish venue - leading the Ten Kate Yamaha of Loris Baz in a closely-contested qualifying session.

Scott Redding led the 25-minute session early on astride the factory Ducati, his time of 1m50.149s putting him 0.002s clear of Honda’s Alvaro Bautista.

However, Rea managed to break the 1m50s barrier on his very first flyer to snatch the top spot, and then improved his time to a 1m49.729s to put himself further clear of Redding, who also slipped behind Go Eleven’s Ruben Rinaldi into third.

Rinaldi and Friday pacesetter Chaz Davies then took advantage of a near-empty track to make it a Ducati one-two at the top of the charts, with factory rider Davies leading Rinaldi by 0.011s.

Those lapped remained unbeaten until the final five minutes of qualifying, when all riders returned on track on qualifying tyres to have one final shot at pole position.

Kawasaki’s Alex Lowes was the first to beat Davies' benchmark, lapping in 1m49.225s, before his teammate Rea went even quicker with a time of 1m48.860s.

That time remained unbeaten for the remainder of the session, with Baz ending up closest to the reigning champion with his 1m49.031s flyer.

Redding made it three different manufacturers on the front row with a time of 1m49.164s, while Lowes slipped to fourth in the final order, 0.061s down on Redding.

Rinaldi went from 11th to fifth with a late flying lap that yielded a time of 1m49.256s, ahead of the two factory Hondas of Leon Haslam and Bautista.

Davies, who set the pace in Friday practice, made a marginal improvement on his final run and dropped to ninth, completing the third row of the grid.

Next up was the GRT Yamaha of Garrett Gerloff, who completed the top 10.

Fresh off securing a contract extension with BMW, Tom Sykes crashed on his last flying lap and ended up 14th in the timesheets, but still four places ahead of teammate Eugene Laverty.