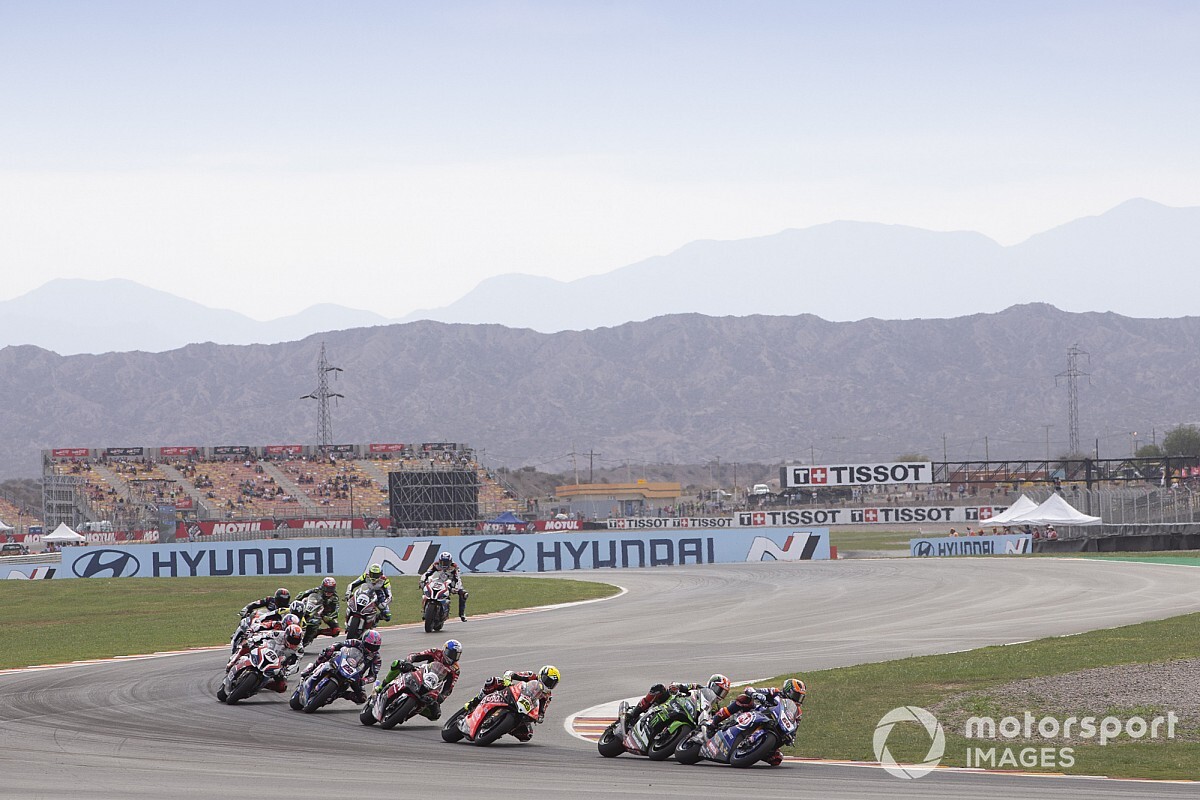 The World Superbike Championship has scrapped its Argentinian round at the El Vilicum circuit for 2020 due to the coronavirus pandemic.

The revised 2020 WSBK calendar provisionally featured a visit to Argentina on the weekend of October 8-11, one week after the French round at Magny-Cours.

With MotoGP scrapping its Argentine GP – and all flyaway events for 2020 – last week, it was expected that WSBK’s sole remaining race outside of Europe would also get axed.

On Thursday, governing body the FIM and promoter Dorna Sports confirmed that the round – which was originally due to be the season finale before the calendar had to be rejigged – has been postponed to 2021.

Gregorio Lavilla, WSBK’s Executive Director commented: “It is a great shame not to be going to one of the most atmospheric events on the calendar.

“Health and safety come first and along with the travel restrictions, logistical challenges and the uncertainty of the immediate future, we regret not being able to find a solution that meets the needs of all.

“We look forward to welcoming Argentina and San Juan back onto the calendar in 2021, where the passionate Argentinean fans can cheer on their heroes again.”

Jorge Chica, Secretary of State for Sports of the Government of San Juan added: "After long discussions together with Grupo OSD and DWO, organisers of the FIM Superbike World Championship, we have decided to suspend this event that was going to be held at the San Juan Villicum Circuit in October 2020.

“This is due to the pandemic and the international context, since the state of health and the health of Argentines, especially those of San Juan, comes first than any event.

“We will work to carry out this event during 2021, to continue promoting actions that promote the provincial Sports Revolution.”

Only the Misano WSBK round, set for the weekend of 5-8 November, is now to be confirmed.

WSBK has run three rounds so far this season, with the opener at Phillip Island followed by rounds at Jerez and Algarve in the past two weeks.