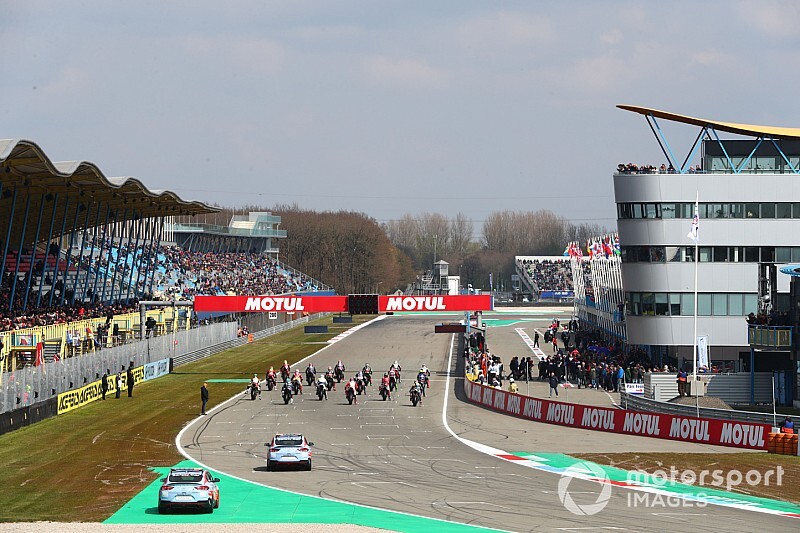 The delays in resuming the 2020 World Superbike season will continue through April after organisers confirmed the Dutch round at Assen has been postponed to August.

The outbreak of the coronavirus pandemic has ground world sport to a halt, with motorsport in particular hit the hardest.

Formula 1 has had its first eight races struck from its schedule due to COVID-19, while MotoGP has so far lost the first four races of its season.

WSBK has since had its Qatar round – due to take place last weekend – cancelled, while the Spanish round at Jerez has been moved back to 18-20 September.

With tighter social-distancing measures coming into force in the Netherlands recently, it was long-expected that the Assen round – which was due to signal the resumption of hostilities in 2020 – would be pushed back.

The Assen round is now set for August 21-23, though further calendar rejigs are likely.

Now the season is scheduled to return on May 8-10 at Imola, though with Italy now the worst affected country in Europe, it is highly unlikely this round will go ahead.

The same likely applies to the Aragon round a fortnight later, as Spain begins to suffer heavily from the coronavirus pandemic.

With many series on hiatus until or through June, the June 12-14 event at Misano looks doubtful.

Realistically, the earliest the 2020 WSBK campaign is likely to resume is July 3-5 at Donington Park.

WSBK has been fortunate in being able to host some race action this year, with February’s season-opener in Australia going ahead as planned.

A win on his Kawasaki debut weekend puts Alex Lowes into the lead of the standings, while world champion teammate Jonathan Rea and Yamaha’s Toprak Razgatlioglu also took to the top step of the podium at Phillip Island.