Loris Baz has been stripped of his podium finish in the final race of last weekend's Portimao World Superbike race following a penalty for causing Alvaro Bautista to crash.

Go Eleven Ducati rider Baz, standing in for the injured Chaz Davies, initially completed a hat-trick of podiums at the Portuguese track, following up his third place on Saturday with two more identical results.

But his final podium was not without controversy, as a fierce battle with the Honda of Alvaro Bautista resulted in the Spaniard crashing out when he and Baz made contact on the penultimate lap exiting Turn 5.

Baz initially appeared on course to keep the position, but several hours after the race finished, race control decided to give the Frenchman a one-place penalty, dropping him to fourth and promoting Yamaha's Andrea Locatelli to third behind Jonathan Rea and Scott Redding.

Speaking before news of the penalty was announced, Bautista was adamant that Baz was in the wrong.

"I think I was able to finish in third position," he said. "I just had to find the place to overtake him [Baz]. "I tried many times at Turn 1 but I run wide a little bit and I lose the position a couple of times.

"Then I tried in Turn 5. I entered quite well and I kept my line, even some more metres inside than normal. But when I exited the corner, there was no space inside and I saw him come straight to me, hit me and I crashed.

"I think it has to be a penalty because the accident was very clear. I didn’t go wide, and when I exited the corner, he went straight into me. Exiting the corner he was inside the kerb.

"Even when I saw him I tried to pick up the bike. But he didn’t care about turning, he just cares about not losing the position.

"These things can happen, but it’s a rider who is not competing in the whole championship, he put out all the effort of my team, not just me. For his irresponsibility we lose a good result for the image of the factory." 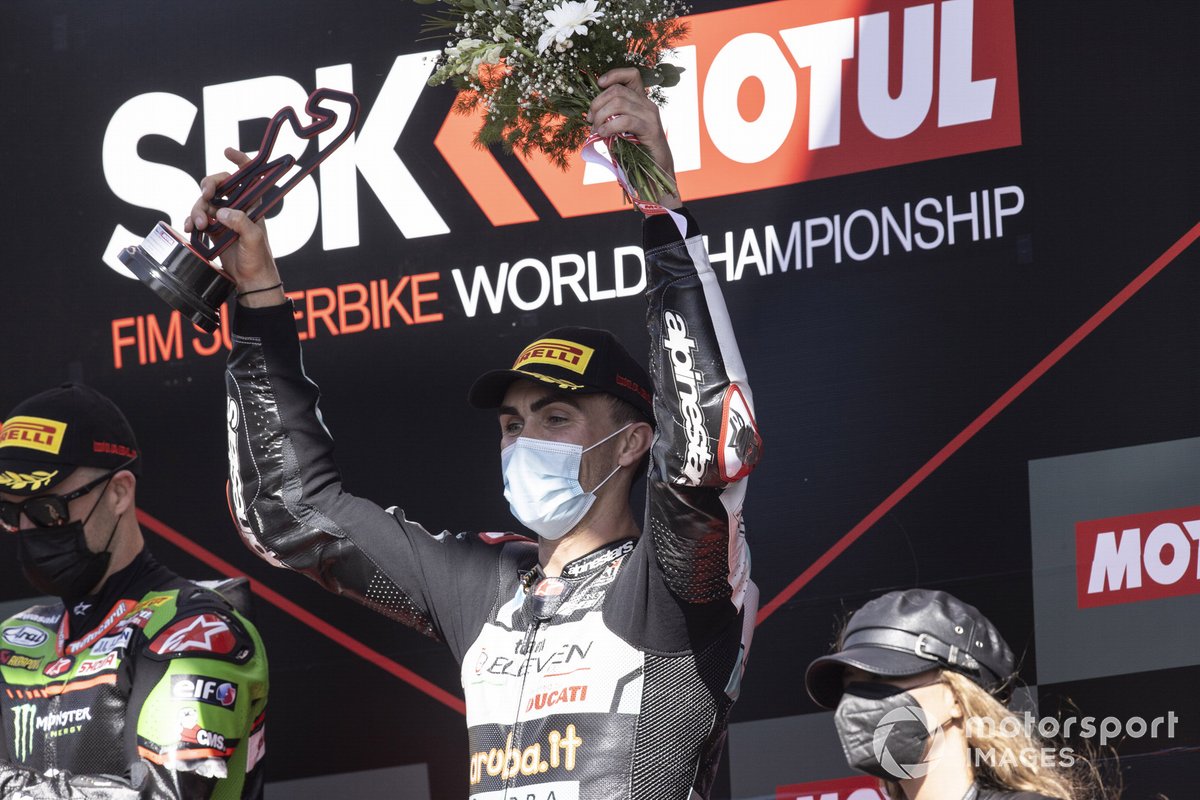 For his part, Baz - whose main programme in 2021 has been in MotoAmerica - described the contact with Bautista as a "racing incident".

He said: "Since yesterday me and Alvaro passed each other 20 times, every time super-close, Turn 1, every time closer.

"I didn’t expect him [to try to pass] at Turn 5. I braked very deep into Turn 5, I saw him at the last moment but I saw he went wide, I crossed back and we touched when we were side-by-side.

"For me it was a racing incident and I would say the same if I was on the other side. I want to apologise because it's not a nice way to end the battle and it would have been nice to battle until the chequered flag."