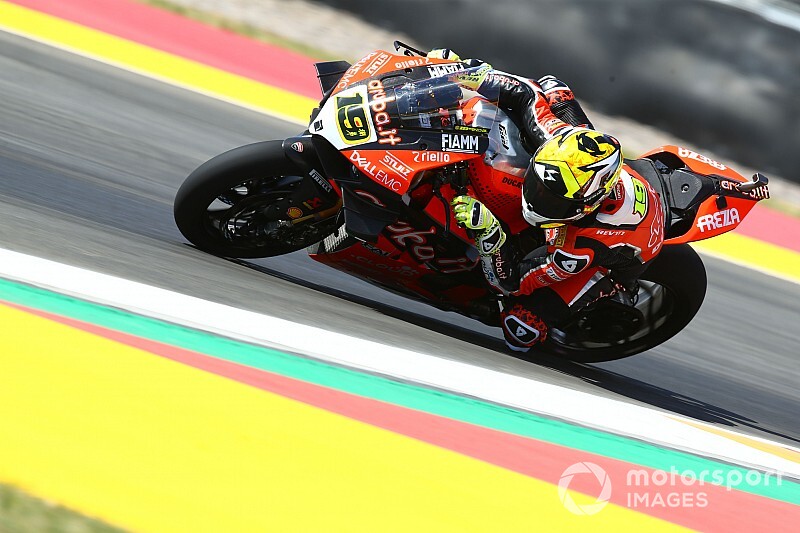 Alvaro Bautista led newly-crowned five-time World Superbike champion Jonathan Rea in the opening day of practice for the penultimate round of 2019 in Argentina.

The Ducati rider led both sessions at the Villicum circuit in San Juan, despite never having raced at the new Argentine venue, which debuted on the WSBK calendar last year.

Bautista was one of the first riders to hit the track in FP1, with the circuit largely empty for the opening half of the 50-minute session as most of the field waited for the thick layer of dust to be cleared.

The poor track conditions meant the best laptimes of the day were over four seconds shy of the pole time of 1m39.012s set last year.

Bautista topped the morning session with a 1m45.191s set in the latter stages, leading Kawasaki rider Rea by 0.986s, who leaped up to second almost straight away in his brief run towards the end of his outing.

This pair would debate top spot in the afternoon session, with Bautista eclipsing his FP1 best just over 10 minutes in with a 1m44.669s.

This gave him a seven-tenth advantage over the rest of the field in the timesheets, though Puccetti Kawasaki’s Toprak Razgatlioglu chipped away at this over the following 10 minutes, eventually reducing the deficit to 0.276s.

Moments later, world champion Rea took over the top spot with a 1m44.570s, and re-established himself in the closing moments with a lap of 1m43.718s, having been briefly deposed by Bautista.

However, as the chequered flag brought the session to a close, Bautista again lit up the timing screens and produced a 1m43.614s to end the day 0.104s clear of Rea at the top of the combined timesheets.

Barni Racing’s Michael Ruben Rinaldi, who also has no prior experience of the track, was third in both sessions and just two tenths from Ducati stablemate Bautista in the end.

Leon Haslam was an early crasher in FP2, but was able to get back into the session soon after and ended up seventh with a 1m45.011s, moving ahead of GRT Yamaha’s Sandro Cortese.

Alex Lowes, confirmed earlier on Friday as Haslam’s replacement at KRT for 2020, was ninth on the first of the Crescent-run R1s ahead of teammate Michael van der Mark.

Home hero Leandro Mercado found 2.9s from the morning session to end his first day in front of the partisan crowd 12th overall with a best effort of 1m46.523s.

British duo Leon Camier (Honda) and Eugene Laverty (Go Eleven Ducati) completed the 19-strong field in both sessions, the latter a troubling 6.9s off the pace.