Bautista: Honda still only at "30 percent" in WSBK 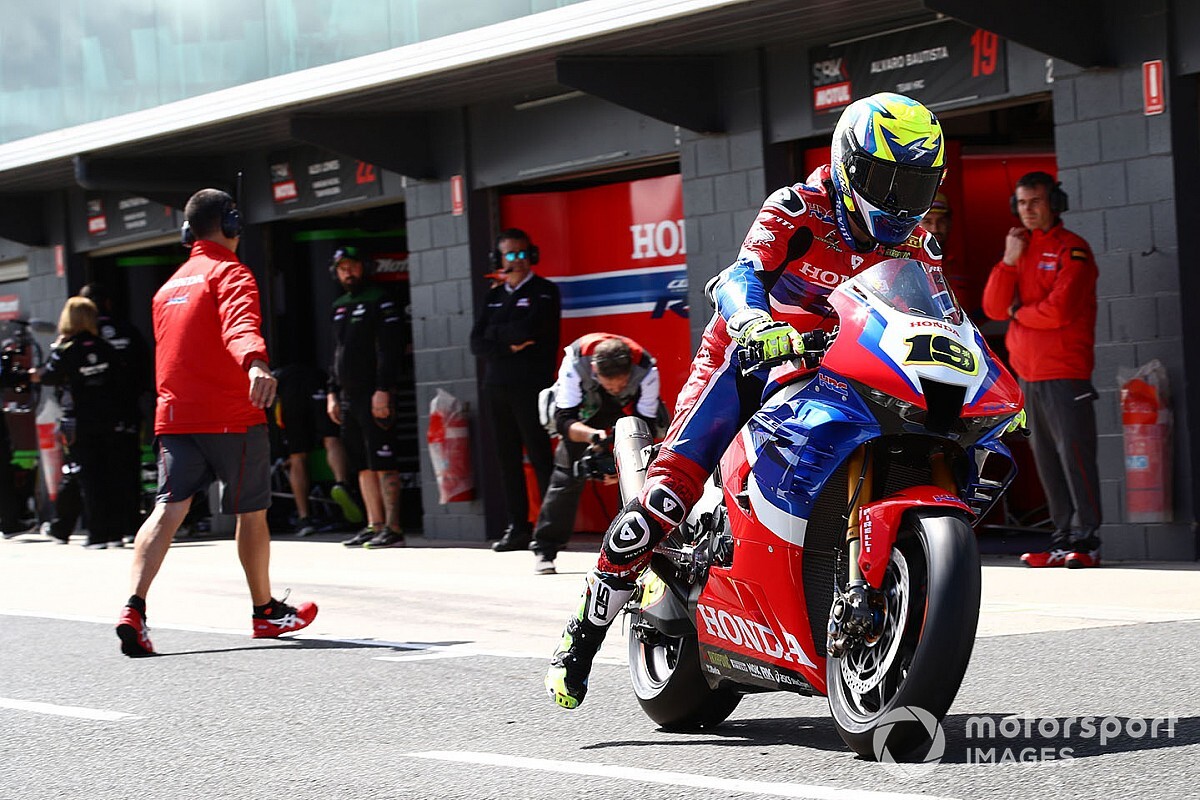 Honda's World Superbike project with its new-for-2020 Fireblade is still only at "30 percent", believes Alvaro Bautista.

Ducati convert Bautista made his first appearance for Honda in the season-opening Phillip Island round, before the campaign was placed on hold amid the coronavirus pandemic.

The 2019 series runner-up scored two sixth-place finishes in the two feature-length races in Australia, leaving himself in the same position overall and three places ahead of teammate Leon Haslam, who took a best result of fifth.

“The project is new, in Australia I said that we were 30 percent and we had to work a lot," Bautista recently told DAZN. "The goal is to have a greater feeling.

"But it’s all new and you need more time, which we don’t have now. At the same time, however, I am very confident."

After making his WSBK debut last year on a Ducati Panigale V4 R, which shared DNA with the Italian brand's MotoGP machinery, Bautista has made the switch over to an inline-four bike for 2020 in the shape of Honda's CBR1000RR-R.

While unsure if the inline-four layout is an improvement on the V4, he underlined the potential that the Honda engine has and the need to fully unlock it to become competitive.

“I always used V4 [powered-bikes] in all my career, in MotoGP and World Superbikes," Bautista said speaking to WSBK.com. "This is an inline-four and it feels very different.

"I don’t know whether it’s better or worse but it’s very different. And right now, I’m not used to it, but I hope this situation gets better and better, then I can work with the engine and get better with how to use it.

“At the moment, it’s a completely new bike so we need to make a lot of amendments. In the winter tests we worked to get a lot of data.

"For me the first strong point of the bike is the engine. It is very powerful, and I feel it has a lot of potential. But we must put all the pieces in the right place to push it to use all the potential.

"It is better to have a lot of power and work to use it than to not have power. Right now, we are in the process to get to the maximum potential.”