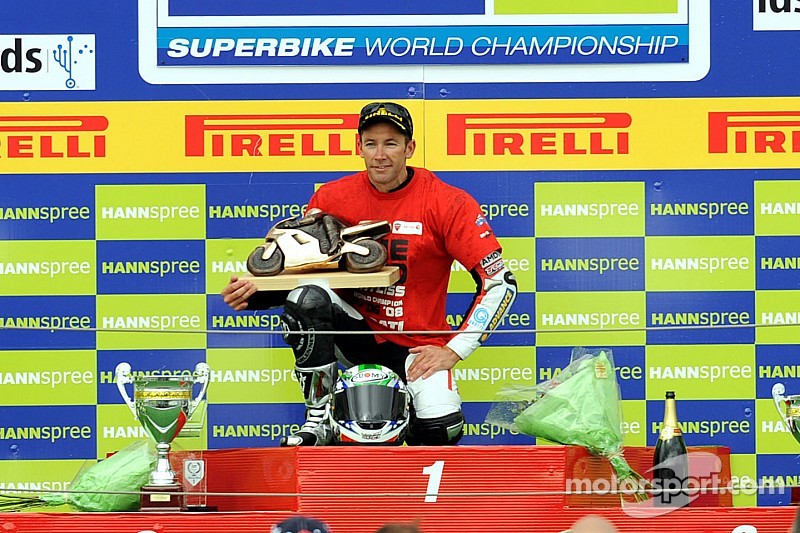 Troy Bayliss will make a shock return to racing after Ducati confirmed that the three times World Superbike champion will race in the opening round of the 2015 season at Philip Island this weekend.

The Australian will replace factory rider Davide Giugliano, who suffered two small fractures to his L1 and L2 vertebrae following a crash during testing at the track.

"The desire to be able to return to the track and see the home crowd and the Ducatisti has always been strong."

He has won 52 races during his Superbike career with Ducati – six of which at Phillip Island - and has since been a faithful Ducati brand ambassador as well as remaining an active part of the racing world, winning last year's Australian Dirt Track title.

The last time Bayliss rode the Panigale was during a test at the Italian circuit of Mugello in May 2014.

Thrilled at chance to ride again

Speaking about being given the opportunity to race in World Superbikes once again Bayliss was very grateful, he said: "I want to start by saying that I really feel for Davide and that it's a real shame for his season to be starting in this way.

"The desire to be able to return to the track and see the home crowd and the Ducatisti has always been strong, ever since I last raced and then also Phillip Island, one of my favourite tracks, is celebrating its 25th anniversary of World Superbikes.

"This gave me the idea to compete as a wildcard and work with the Ducati Superbike technicians once again.

"I know it's going to be a very difficult weekend, also because it's a while since I've ridden the Superbike but I do know the track well and so hope to get back into it after a few laps.

"I'll try to enjoy myself and will of course be doing my best to score a good result and put on a good show for the public," Bayliss added.

Despite being disappointed with his injury, Giugliano is happy to see Bayliss on board his bike this weekend.

He said: "My aim now is to do all I can to recover as quickly as possible. I will return to Italy as soon as possible to start my rehabilitation. I'm proud to know that it will be Troy to substitute for me this weekend.

"He's a great champion and I've always admired him. I hope he gets on well with the set-up that my team and I have worked on in recent months."