The head of BMW's motorcycle division believes that a MotoGP project would not justify the extra effort required compared to its existing World Superbike team.

BMW returned to WSBK in a full factory capacity for the first time since 2013 this year in an alliance with Shaun Muir Racing, running a pair of works S1000RRs for Kawasaki convert Tom Sykes and Markus Reiterberger.

It concluded the season fourth in the manufacturers' standings, with former champion Sykes scoring four podium finishes across the year and pole position at Donington Park.

In an interview with Motorsport.com, BMW Motorrad CEO Markus Schramm made it clear that the German marque is committed to its WSBK effort for the long-term, but also emphasised he feels a step up to MotoGP simply wouldn't be worthwhile.

"I didn't ask myself the question whether we should dare to re-enter the Superbike World Championship," Schramm said. "It was absolutely clear, because motorsport is part of BMW's DNA. That's why we should also be represented.

"An important point is that we come from customer racing. In the past season 120 customer riders took part in 25 championships and clinched 250 podiums, 90 victories and nine championships. This is central to BMW.

"In the Superbike World Championship there are stronger technical synergies compared to MotoGP. I think the additional brand effect is marginal in MotoGP. It would not justify the effort we would have to put in.

"For us, customer racing and the Superbike World Championship are clearly the focus."

BMW concluded its comeback WSBK season with Sykes eighth in the riders' standings, despite having gone into the year with an underdeveloped bike with a stock engine.

Schramm said the 2019 campaign went better than he had imagined and set a modest target of "one or two" more podiums for the 2020 season.

"At least from my point of view, we clearly exceeded the set expectations," said Schramm. "Also due to the short lead time, we said that it would be a pure learning year.

"We didn't expect a podium. It certainly wasn't planned that there would be four podium places in the end. In addition, we were on course for the podium at some other races, but then we had technical problems.

"Our goal for the coming season is to build on the successes of 2019 and to develop further. So our goal must be to clinch one or two additional podiums. In the long-term, of course, we want to be right at the top."

For 2020, Eugene Laverty joins BMW in place of Reiterberger, who could only manage a lowly 14th place in the riders' standings and a best finish of sixth. 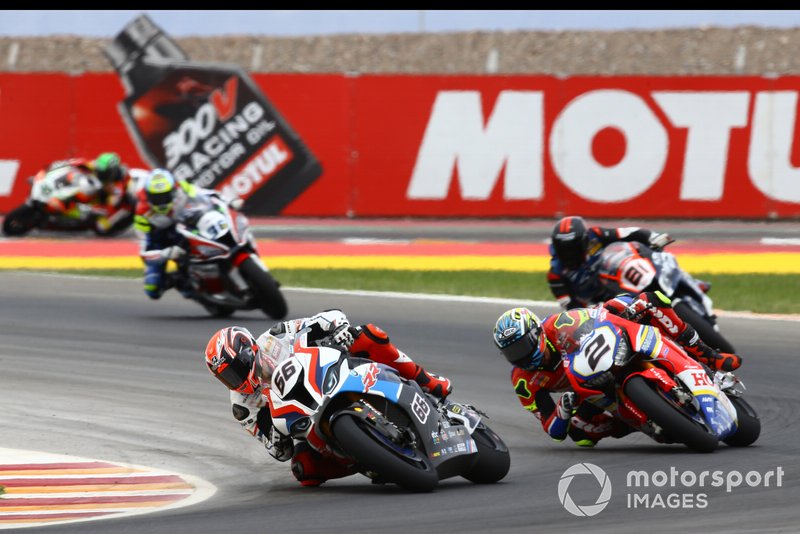