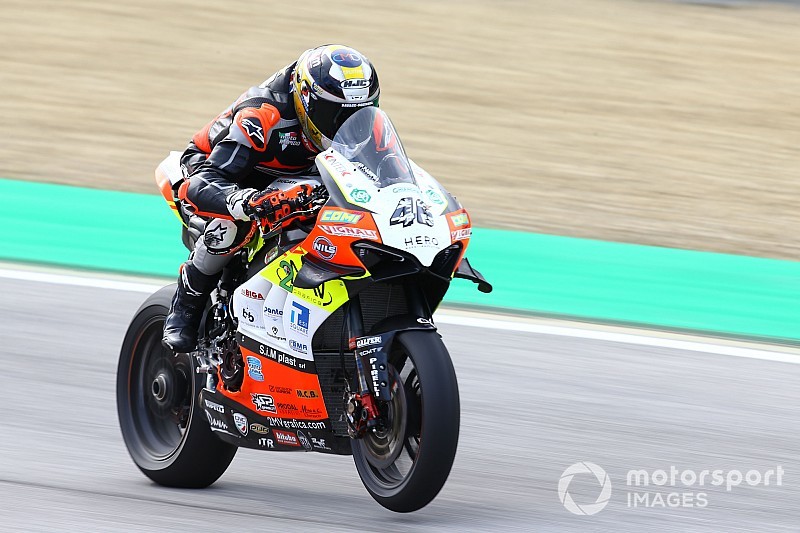 Tommy Bridewell will once again stand in for the injured Eugene Laverty on the Go Eleven Ducati at next weekend's Jerez World Superbike round.

Laverty fractured both his wrists in a heavy fall exiting the Acqua Minerale turn during practice for the Imola round, and is targeting a return at Misano in June.

British Superbike frontrunner Bridewell, who rides a V4 R for the Moto Rapido outfit, was called up by the Go Eleven team on the Friday evening of the Imola round to act as Laverty's replacement.

Despite heading into Superpole with no practice time due to a technical issue, Bridewell managed top-12 finishes from both races on his WSBK debut.

“I'm very happy and excited to get another outing on the WSBK stage,” Bridewell said.

“In Imola, it was very rushed and we did a good job with the time we have, but now for Jerez I expect to be more strong.

“We have been working very hard to understand this new V4 R Ducati and I feel great on the bike. So one I re-adapt to the factory electronics we can start to push hard.”

Bridewell currently sits second in the BSB standings having amassed four podiums on the V4 R, including a brace of thirds in last weekend's Donington round.

Leading him by six points is ex-MotoGP rider Scott Redding on the Paul Bird Ducati, who stormed to his maiden wins in the series with a clean sweep of the weekend's races.

Redding is expected to make his WSBK debut in wildcard outing at the Donington round on a factory-spec Panigale in Paul Bird colours in July.

Elsewhere, BSB colleague Xavi Fores – who scored his maiden series podiums last weekend – will return to WSBK in place of the injured Leon Camier at a test at Misano this week for Honda.