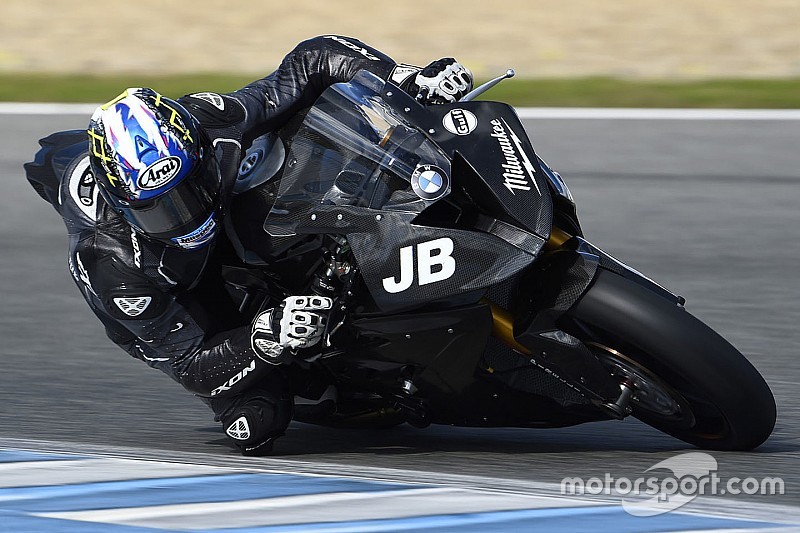 After two part-time campaigns in 2006 and 2007, Brookes takes on a full WSBK season for the first time with the Shaun Muir-run Milwaukee BMW team in 2016.

His first outing on the bike came in collective testing at Jerez, where the Australian finished 10th, and he feels that the team can expect to make a big step when it returns to the track next week at Aragon.

"I've adapted to the bike quickly, and I can feel that it has a lot of potential," said Brookes.

"In that rider-bike relationship you get an instinct of how to work with the bike, and it soon becomes a natural progression of knowing what it will do and what needs changing.

"We've learnt lots about the bike in a short time, and to be in the top 10 at the end of the test is a good result.

"At Aragon there will be a new strategy to our running when we've analysed our data from Jerez, and we can expect to make a significant gain in performance."

Brookes' teammate Karel Abraham was 12th, eight tenths slower, getting his first taste of WSBK machinery after five seasons of racing in MotoGP.

"It's been a great experience for me at Jerez. I've really enjoyed getting to know the bike and the team, and I think we've achieved a lot," said the Czech.

"Two days ago I hadn't even sat on the bike, but I already have a good feeling for what it can do. I've had to adapt my style a little bit, but the bike gives good feedback and I haven't had any problems so far.

"Before we got to Jerez we planned to just get laps in and learn how the bike works before going attacking the lap time.

"We achieved that, but now we need to work with the new data and figure out to how get the best from it because we really believe it can be quick."