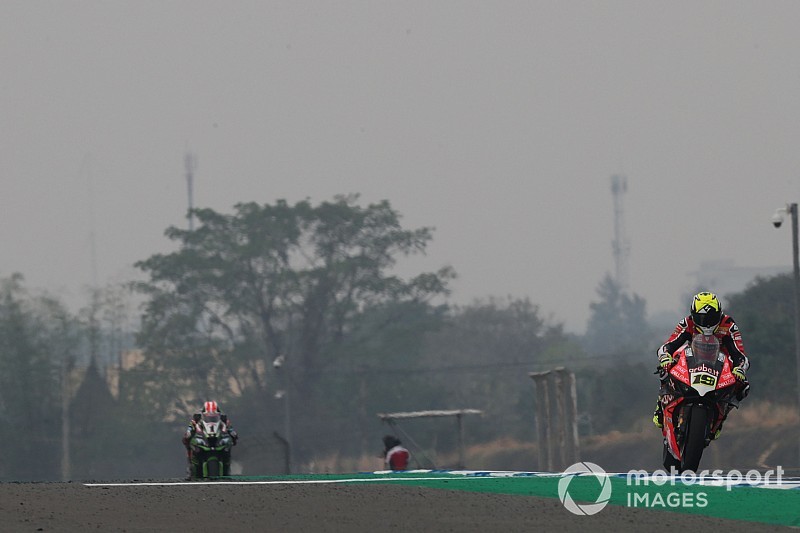 Pole-sitter Bautista kept the lead after the start and quickly built a gap over closest rival Jonathan Rea.

He was in a class of his own throughout the 20-lap race, eventually claiming a dominant win by over 10 seconds.

Rea was unable to keep up with Bautista and had to focus on Pata Yamaha's Alex Lowes instead, as the Briton shadowed him for the majority of the race.

But he pulled away in the late stages to secure second for the sixth time in 2019, with Lowes completing an identical podium for all three races at Buriram.

Chaz Davies was also in the fight for fourth initially but an aggressive move by Melandri forced him wide before he retired with a mechanical failure.

Tom Sykes' BMW also broke down early in the race, while Eugene Laverty was a non-starter as his bike couldn't be repaired in time from his Saturday crash.

Rea "slowly getting used to" not being WSBK's benchmark