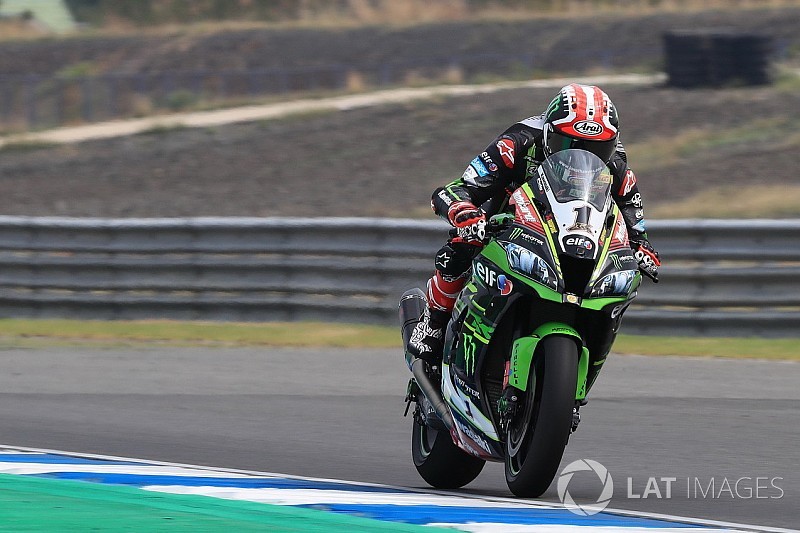 Jonathan Rea led a Kawasaki one-two in practice for the second round of the 2018 World Superbike Championship in Thailand, with teammate Tom Sykes 0.057 seconds adrift.

The opening 40-minute session at Buriram was topped by Barni Racing's Xavi Fores, who eased clear of Aprilia's Eugene Laverty with a 1m33.960s, while MV Agusta's Jordi Torres completed the top three.

Reigning world champion Rea and last year's double race winner in Thailand was a low-key 11th in FP1, but sprung into life in the second session with a 1m34.036s to finish up third quickest on his Kawasaki.

Laverty took over at the top of the combined timesheets with a 1m33.851s in the second session ahead of Honda's Leon Camier, while Ducati's Chaz Davies was left in ninth after a fall at Turn 5 midway through.

FP1 pacesetter Fores shot to the top of the FP3 times in the early stages with a 1m33.789s, though crashed moments later at Turn 9 and was taken to the medical centre for precautionary checks.

Sykes deposed the Barni rider soon after with a 1m33.757s, but later had this time cancelled having exceeded track limits. This saw Fores return to the top of the classification.

In the closing stages, the KRT duo traded fastest lap. Sykes set the benchmark with a 1m33.384s, before Rea edged ahead with a 1m33.327s at the death.

Torres was a further 0.013s back from Sykes to complete the top three ahead of the Ducati pair of Phillip Island winner Marco Melandri and Davies.

Camier, who led the FP3 times briefly, ended proceedings sixth overall ahead of Yamaha's Michael van der Mark. Fores held onto eighth and a place in the second Superpole session despite his early fall.

Laverty was involved in the Fores incident, but was able to rejoin the session, albeit unable to improve on his FP2-topping time in ninth. Alex Lowes sealed the final SP2 spot on the second Yamaha.

Lorenzo Savadori makes his return to action after missing the Australian round through injury, and only just missed a spot in SP2 with a 1m33.986s. A mistake at Turn 1 on the Italian's final lap ended his hopes.

Loris Baz, Leandro Mercado, Jake Gagne and Roman Ramos rounded out the top 15 and will join Savadori in SP1 on Saturday morning.

Rea reveals he had surgery before Phillip Island opener 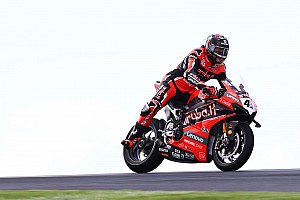