Buriram WSBK: Rea cruises to first win of the season 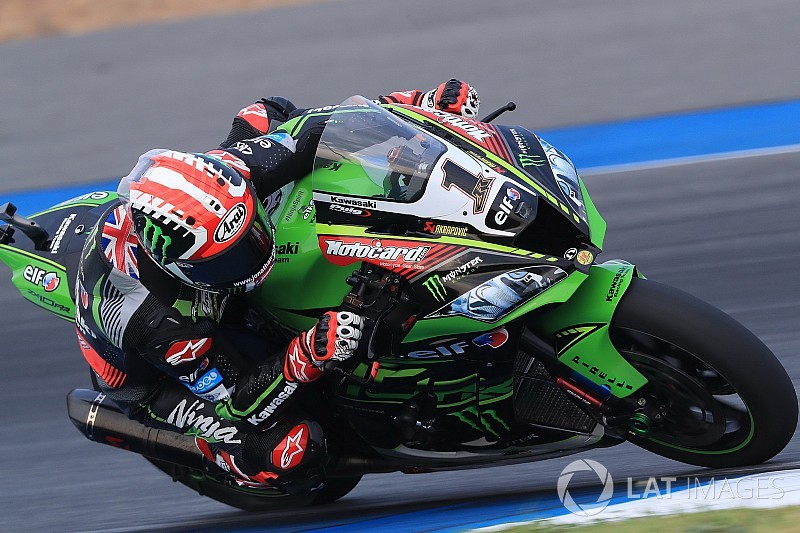 Reigning World Superbike champion Jonathan Rea cruised to his 55th career win and his first of 2018 ahead of Xavi Fores in the opening race in Thailand.

Poleman Rea got the holeshot at the start ahead of Kawasaki teammate Tom Sykes, Honda's Leon Camier and Barni Ducati man Fores.

Sykes scythed past Rea at the final corner at the end of the opening lap, though Rea did not let this stand and repaid the favour into the Turn 3 hairpin.

The 2013 champion made the same move stick at the last turn once more, but dropped to third at Turn 3 next time around after Rea and Camier eased ahead.

Rea proceeded to build a sizable advantage of close to a second over the following laps, while Sykes continued to fall down the field as Fores and his Ducati stablemate Chaz Davies moved through.

Camier, hounded by Fores, kept Rea honest at the front, but the Kawasaki rider responded emphatically with a fastest lap of 1m33.714s to extend his lead to 1.2s at mid-distance.

Rea's advantage shot up to close to two seconds with eight laps remaining as both Fores and Camier ran wide at Turn 3 as the former made a move for second.

Comfortable at the front of the pack, Rea eased to the chequered flag, while Fores broke away from the chasing Camier in the closing stages to secure his best-ever WSBK result.

Camier came under intense pressure in the final handful of laps from Davies, who recovered from a low-key ninth in qualifying.

The Honda man kept Davies at bay until the penultimate tour, when the Ducati rider slid underneath him at Turn 3. The Welshman held onto third across the line, while fourth secures Camier pole for Sunday's race.

Yamaha's Alex Lowes got the better of Sykes in the closing stages for fifth, while Michael van der Mark chased them home a further second back on the second Crescent-run machine.