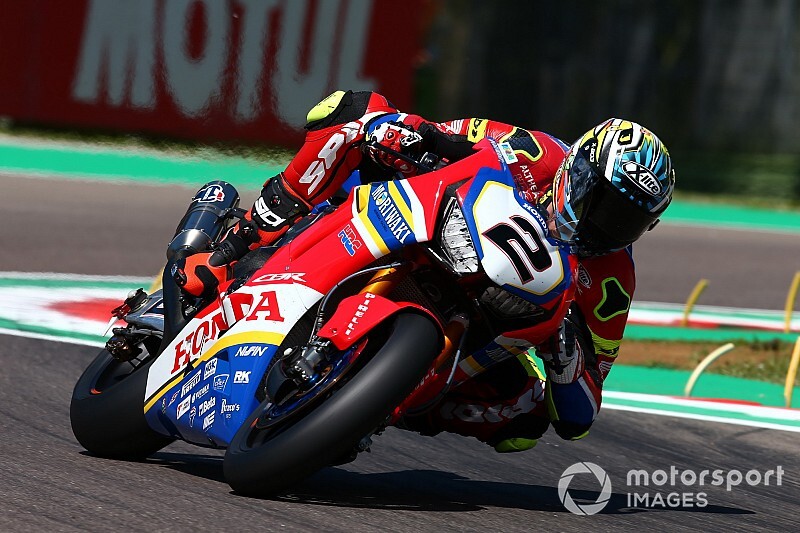 Camier has been on the sidelines ever since the qualifying crash he suffered at Imola in May, which left him with damage to his left shoulder.

After the Briton had surgery in July, it was hoped he would be able to return to racing after the summer break at Portimao earlier this month, but that also proved impossible.

More than four months on from his initial accident, Camier is finally taking up his regular slot alongside Ryuichi Kiyonari in France this weekend and should be fit for the subsequent races in Argentina and Qatar.

“I’m happy and eager to get back to the team and to racing this weekend," said Camier, whose place at Honda was filled by Yuki Takahashi at Jerez and Misano, and then by Takumi Takahashi at the recent Portimao round.

"Being forced to stay away has been tough but the situation was what it was, so I just tried to cope as well as possible, focusing on my physiotherapy and training as soon as I was able to start that.

"Since the operation, my shoulder has got better and better day by day and now I can’t wait to ride my bike on Friday. I probably won’t be at 100 percent right from free practice 1 but I don’t expect any problems in getting through the weekend.”

Camier is facing an uncertain future in WSBK following the news that Alvaro Bautista is to spearhead Honda's line-up for 2020, most likely alongside Takumi Takahashi.

The 33-year-old has been linked with a return to British Superbike, where he was champion in 2009 before progressing to WSBK the following year.