Davies was announced as Go Eleven's rider for the 2021 campaign, essentially swapping seats with his replacement in the works Ducati outfit, Michael Ruben Rinaldi.

The move came despite Davies' publicly-stated initial reluctance to consider a switch to a non-factory team once it became clear his seat alongside Scott Redding was in danger.

However, the three-time series runner-up has now clarified that he will be kicking off the new season with the bike he finished 2020 with, and believes it is in "Ducati's interest" to ensure that he has similar access to upgrades as factory riders Redding and Rinaldi.

"The starting point is what I had at the end of 2020, and that was the base of everything, that I would receive the correct material," Davies said in an interview with WorldSBK.com.

“Quite honestly, if it was anything less than factory support, I probably wouldn’t be sat here today because I’m here to win. I proved I can win, I feel like I deserve the material that I can win on. I’ll be having a factory bike at least at the beginning of the season, and then it depends on the upgrades that come during the season.

"It's too early to say how it will play out. But if I’m in a very strong position then it’s in the interest of Ducati and myself that I get the full support, same as the factory team.”

Davies concluded his factory Ducati tenure with victory at Estoril last year, and the Welshman admitted thoughts of bowing out of WSBK on a high had crossed his mind.

"There were a few moments where I thought, 'Maybe this is the best way to finish'," he said. "I won the last race, did my job and I could have gone home and kept my head high. But something still burns inside me, and I still have scores to settle and races to win.

"I'm still very passionate about this sport and I still put in the effort that is necessary to bring home those kinds of results. When the day comes that I'm really tired of it, I won't race. But that decision [to retire], I'm not ready to take." 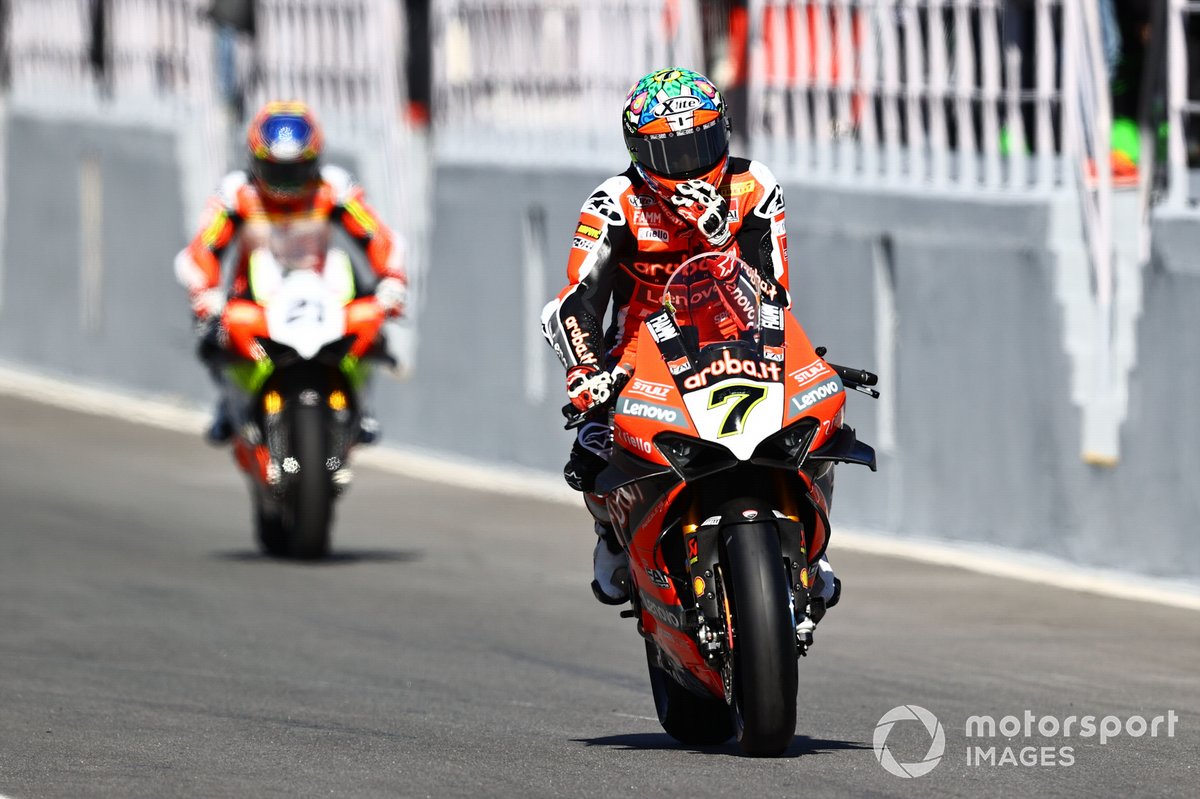 Davies also confirmed he will be with a new crew chief for this season, Pete Jennings, who has previously worked with Alex Lowes at Suzuki and more recently Tom Sykes at BMW.

The 33-year-old says his strong run of form towards the end of last year has given him "belief" he can still be a title contender even on satellite machinery.

"When you score more points than anyone in the last nine races, it shows we have form, we have consistency, and that's what we need for the championship now," Davies said.

"The key is to arrive at the first race with an elevated level. We won the last race, but we can’t rest on that, we’ve got to keep pushing on.

"I believe we can keep fighting for a title as much as anybody else here. We’ve proven it before, I proved it at the end of last year very recently, so there’s definitely still belief there.”