Chaz Davies says having Scott Redding as his teammate in Ducati's factory World Superbike operation will be a "big advantage" because the two British riders are a similar weight and height to each other.

British Superbike champion Redding replaces Alvaro Bautista in Ducati's works line-up for the 2020 campaign after the Spaniard defected to Honda over the winter.

It means Davies will have his fourth different teammate since joining the Borgo Panigale marque back in 2014, following Davide Giugliano, Marco Melandri and Bautista.

Davies feels that it will be much better to be paired with Redding, who is just one centimetre taller than him and was among the heaviest riders on the grid in his MotoGP days.

"I have no problems with Scott," Davies told Motorsport.com. "On the contrary, it is good for me to have a teammate who is as tall and heavy as I am.

"I know Scott and we get along well. He's a funny guy. But I also got on well with Marco and Alvaro. I don't think it will be any different with Scott.

"But the best thing about being teammates with Scott is that he is the same size as me or even a bit bigger. That is a good advantage for me."

Ducati team manager Serafino Foti commented that the contrasting sizes of Davies and Bautista forced the pair to use different set-ups during their season as teammates.

"Not only the size is similar, but also the weight," said Foti of Davies and Redding. "The size and weight of the riders are crucial, otherwise you have to take different paths.

"Alvaro's set-up was different from Chaz's. Alvaro weighed 56kg and Chaz weighs 70. It was therefore impossible to use the same set-up." 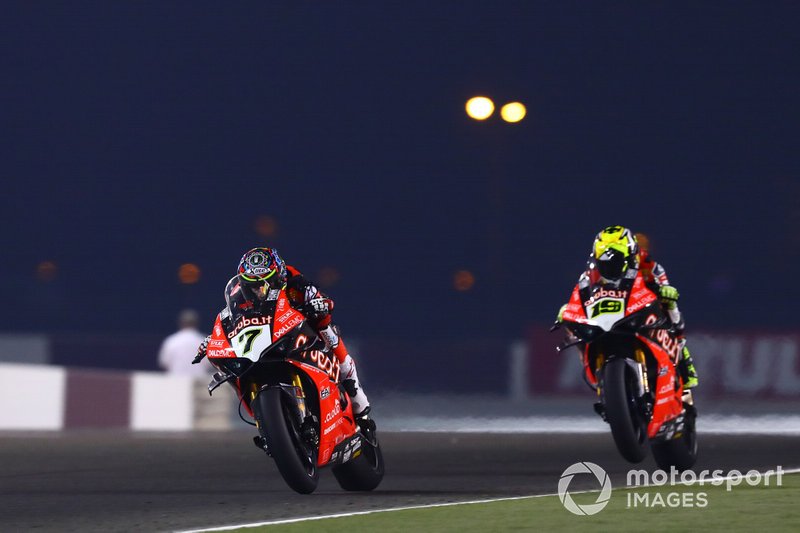