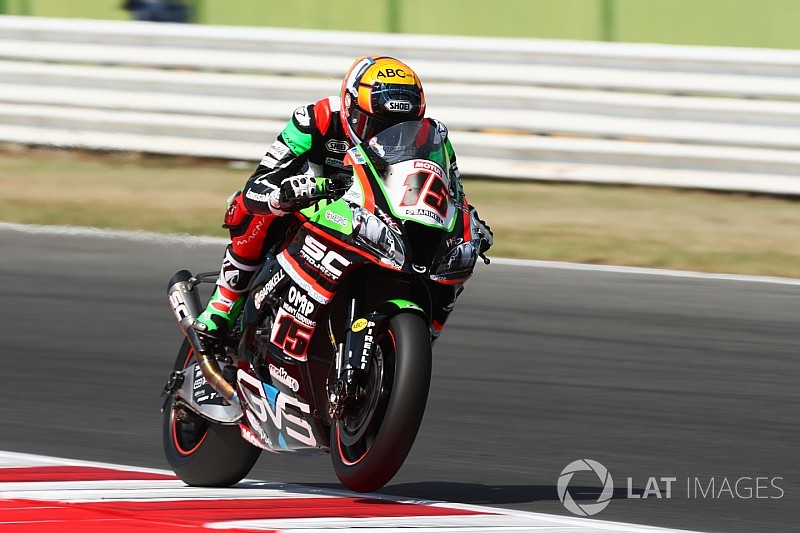 Former MotoGP racer Alex de Angelis has parted ways with the Pedercini World Superbike team following a disappointing first half of the season.

The 33-year-old veteran joined the privateer Kawasaki outfit at the start of the season, having made the switch from the Ioda Aprilia squad he previously raced in MotoGP with.

But de Angelis lies only 17th in the standings after the first eight rounds of the season, his best results being a brace of 11th-place finishes at Phillip Island, Buriram and Imola.

As such, he and Pedercini have opted to split ahead of next weekend's Lausitzring round. His place aboard the Italian team's ZX-10RR will be taken by former Guandalini Yamaha rider Ricardo Russo.

“I’m very happy I found a new and important opportunity to show what I can do with a competitive bike as the one of Team Racing SC-Project," said Russo.

"I want to thank everybody for believing in me, a special thanks to Lucio Pedercini, the whole team and Sergio Giordano that allowed me to have this great opportunity. I will do my best to be competitive from the start.”

The Guandalini team will field another Italian rider, Massimo Roccoli, for the rest of the season in place of Russo after drafting in Jakub Smrz for a one-off appearance at Laguna Seca last month.

Lowes stays in World Superbikes with Yamaha in 2018