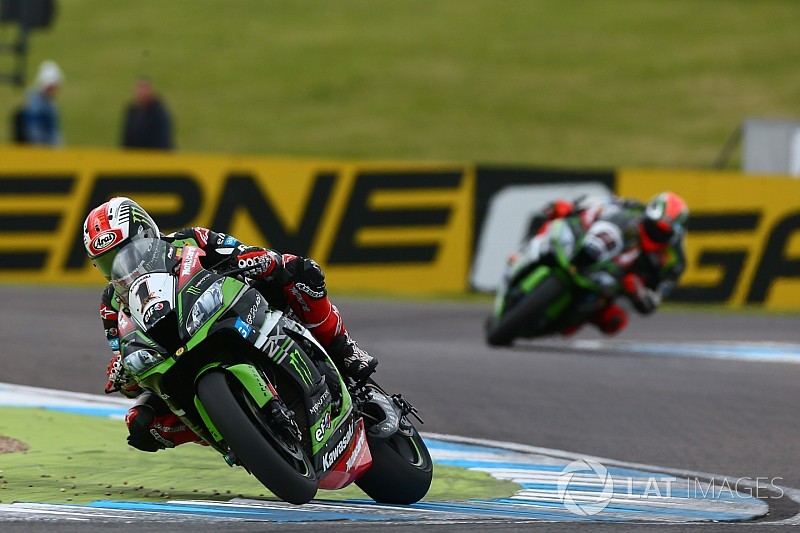 Thanks to a crash caused by a tyre failure while running second in the Saturday race, Kawasaki rider Rea had to start from 10th on the grid.

However, the Northern Irishman made a rapid recovery as he took the lead by the end of Lap 2, and quickly pulled away from Yamaha's Michael van der Mark.

The Dutchman was soon demoted by Sykes, the Kawasaki duo then rapidly pulling away from the rest of the field.

Sykes consistently closed the gap to Rea throughout the race, but the latter still had an advantage of a second at the finish, ending his teammate's dominant streak at the track.

A further 11 seconds behind, van der Mark lost the final podium position on the penultimate lap to Chaz Davies, who dropped down to order after running off track to avoid a collision between Leon Haslam (Puccetti Kawasaki) and Leandro Mercado (Ioda Aprilia).

The race had several notable retirements, such as guest rider and Saturday podium finisher Haslam, who fell after his contact with Mercado.

Mercado later crashed on his own from sixth, while Marco Melandri's bike slowed while running fourth.