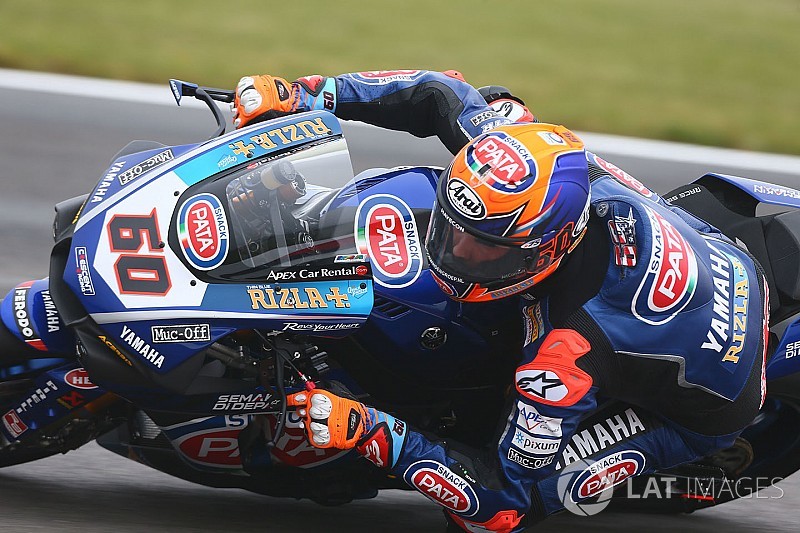 Michael van der Mark fended off Jonathan Rea to take a historic maiden win in World Superbike and the first for Yamaha since 2011.

Championship leader Rea grabbed the holeshot at the start ahead of poleman Tom Sykes, while the Yamaha duo of Alex Lowes and van der Mark followed close behind.

Van der Mark scythed past Lowes into the Fogarty Esses on the opening lap to lead the chase on the KRT duo, who traded places on lap four after Sykes cut underneath Rea into the Old Hairpin, with the latter launching a failed retaliation into the next corner.

A mistake from Sykes at the Melbourne Loop allowed Rea to retake the lead, though Sykes struck back at the Old Hairpin again two laps later.

Rea made a similar mistake while trying to pass Sykes at the same corner on lap seven and dropped behind van der Mark. Rea regained second from the Yamaha rider, though yet another mistake at Melbourne Loop several laps later allowed van der Mark back through.

The Dutchman proceeded to close down Sykes and pass him into the Melbourne Loop on lap 15, opening up a gap of over a second as the KRT duo debated second spot.

Rea got the better of Sykes on lap 17, and managed to get to with half a second of van der Mark over the final few laps.

But his efforts were in vain, and van der Mark was able to cross the line comfortably to become the first ever Dutch winner in WSBK.

Sykes ended up a distant third, with Lowes coming home in fourth to secure pole for Sunday's race ahead of Lorenzo Savadori.

Loris Baz quickly dropped off of his front row starting position in the early stages, though the Althea BMW rider managed to get to the chequered flag in an equal season-best seventh ahead of Ducati's Chaz Davies.

Davies' difficult afternoon allowed Rea to extend his championship lead to 59 points, with Sykes now 76 points adrift of his teammate.

Leon Haslam was top independent runner across the line in ninth, though contact with his teammate Toprak Razgatlioglu on the last lap denied the Puccetti team the chance for a double points finish, with the Turkish rider crashing out.

Leon Camier completed the top 10 despite his ongoing injury issues on the Ten Kate Honda, while fellow Briton Bradley Ray scored points in 14th on his WSBK debut on the Hawk Racing Suzuki.

Van der Mark: Yamaha "not there yet" despite maiden win