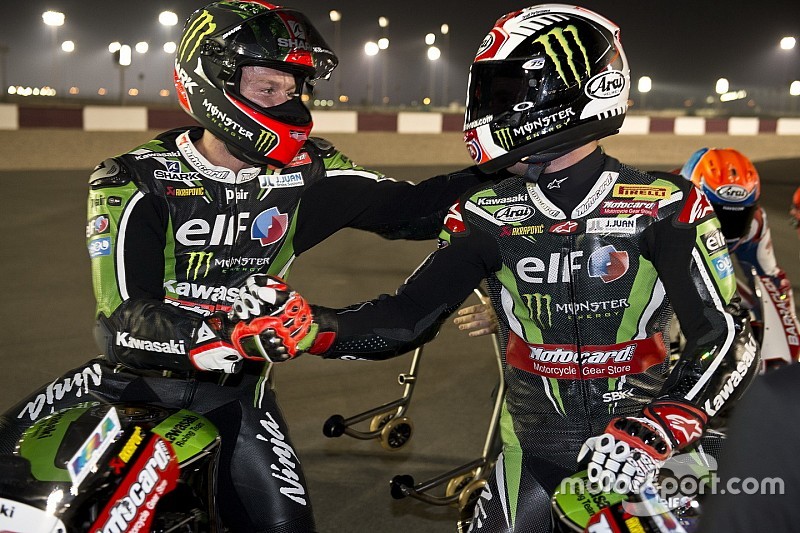 Rea had been running second in the closing stages of the second Losail race, chasing Ducati rider Chaz Davies, before slowing down and allowing through Sykes on the final lap of the shortened 10-lap sprint, which had been restarted after an early stoppage.

This allowed Sykes to beat Davies to second place in the championship by two points, giving Kawasaki its first ever one-two finish in the WSBK standings.

However, Domenicali took a dim view of the switch, describing it as “questionable” and “certainly unsportsmanlike” in a statement that celebrated both Davies’ double victory and Andrea Dovizioso’s MotoGP win in Sepang.

It read: “This weekend was made more extraordinary for the two wins in Qatar of Chaz Davies and his Panigale R Superbike.

“With these, he took six consecutive wins, which allowed Chaz to come within a hair of second place in the championship, which he missed by only two points because of the questionable and certainly unsportsmanlike behaviour of his adversaries in the final laps of the race on Sunday.”

Rea, who sealed his second World Superbike title in Saturday’s opening race at Qatar, said that he decided to slow once he realised that Davies would be impossible to catch.

“I rode with my heart; rode like I can,” said the Northern Irishman. “When I saw it was not possible to win, I decided to work for the team and Kawasaki.”

Sykes added: “It was a very good gesture from the other side of the team and this is something that I appreciate so much.”