Ducati sporting director Paolo Ciabatti admits that the Italian marque's new Panigale V4 R would not have won any races in World Superbike this year without Alvaro Bautista riding it.

WSBK rookie Bautista has won all 11 races that have taken place so far this season, mostly in dominant fashion, to open up a lead of 53 points in the championship over Kawasaki's Jonathan Rea.

By contrast, the Spaniard's factory Ducati teammate Chaz Davies has struggled to adapt to the MotoGP-like V4 R and lies only sixth in the points with a best finish of third.

Ciabatti conceded that, given Davies' difficulties, it is ex-grand prix rider Bautista who is making the difference to Ducati's prospects.

"In motorcycle racing, the influence of the rider is very important to achieve victories," Ciabatti told Motorsport.com.

"For example, we have the case of our Panigale V4 R, which without Alvaro Bautista would not have won a single race in World Superbike despite having a competitive rider such as Davies."

Bautista's success comes at the same time as Andrea Dovizioso leads the MotoGP standings after the opening three races of the year.

Strong finishes in Argentina and Austin, combined with victory in Qatar, mean the Italian holds a slender three-point advantage over Valentino Rossi heading to this weekend's Jerez race, albeit helped by Marc Marquez crashing out of the lead at COTA.

"We are in a very positive moment of our sporting history, although the season is very long and many things can happen," Ciabatti commented. "The performance of Bautista and the Panigale V4 R is spectacular, I would say that above our own expectations.

"And in MotoGP, after the victory in Qatar, we have been able to overcome two historically difficult circuits for us, such as Argentina and Austin, allowing us to lead the championship heading to Jerez.

"Obviously we are very satisfied, but at the same time we keep our feet on the ground." 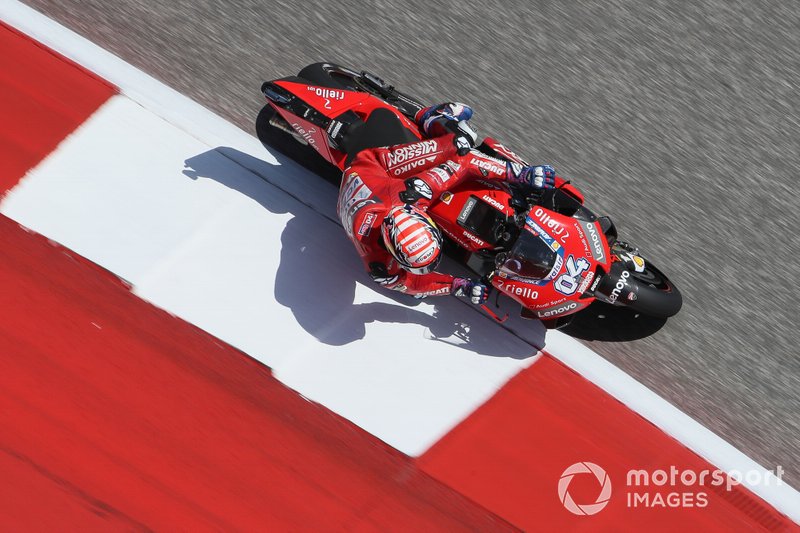