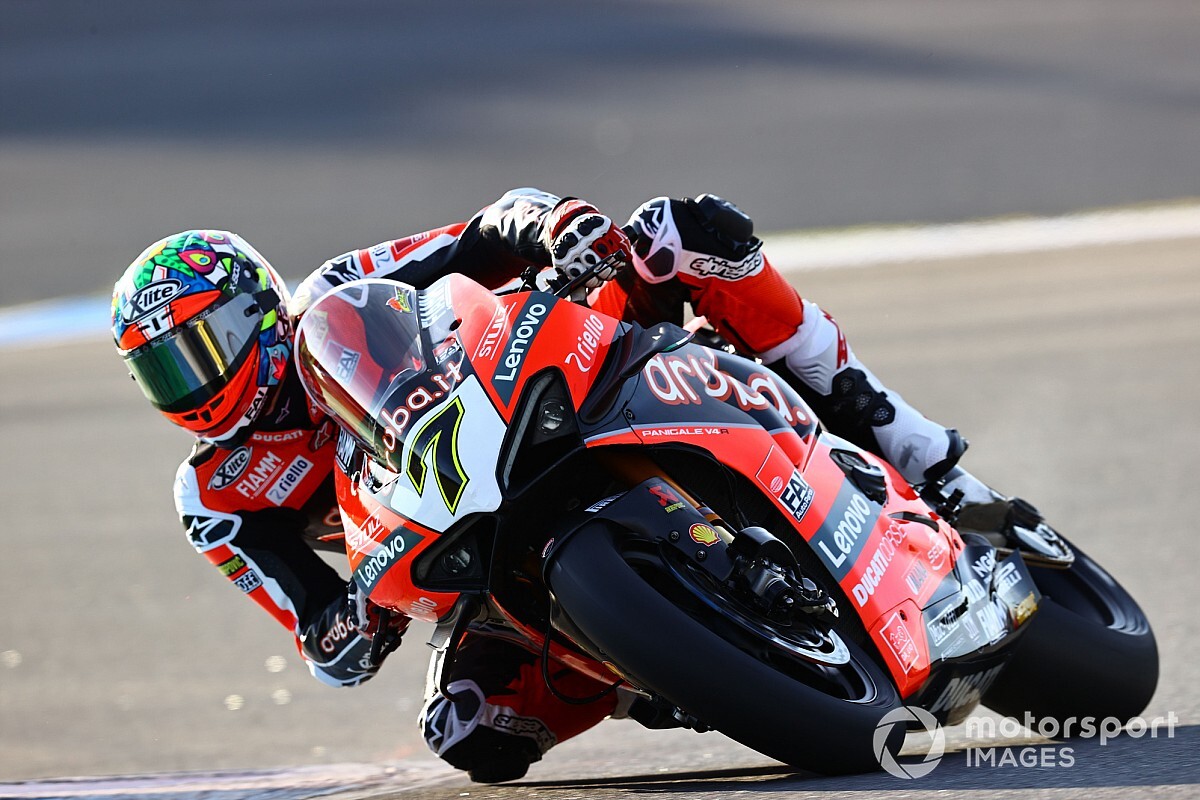 Chaz Davies capped off his stint as a factory Ducati rider with a fine victory in the final race of the 2020 World Superbike season at Estoril, leading a 1-2 for the Italian manufacturer.

While polesitter Toprak Razgatlioglu got the best launch off the line, Davies managed to pass him into Turn 1 to take an early lead.

The two were quickly joined by the Kawasaki of Jonathan Rea, who had jumped Michael van der Mark at the start before capitalising on a crash for GRT Yamaha’s Garrett Gerloff to move up to third.

After bringing the gap to under a second, Rea slipped past Razgatlioglu at Turn 1 on lap 8, only for the Turkish rider to immediately repass him. The six-time championship made another attempt at passing Razgatlioglu on the same tour, but clattered into the back of the Yamaha and fell on the ground.

Rea managed to remount on his Kawasaki but could only rejoin the race in 16th, giving Davies a clear run to the finish, the British rider scoring his second victory of the season to end his seven-year stint with Ducati on a high.

While Rea missed out on a 100th career win in WSBK, the 14th place finish he eventually managed helped Kawasaki beat Ducati by a single point in the manufacturers’ championship.

Honda’s Alvaro Bautista made it three different manufacturers in the top five, while Go Eleven Ducati’s Michael Ruben Rinaldi was the highest rider on a satellite bike in sixth, having secured the independent riders’ title in the Superpole race earlier on Sunday.

Leon Haslam was classified seventh for Honda, while Xavi Fores equalled his best result of the year with eighth on the Puccetti Kawasaki.