First visit to Intercity Istanbul Park for the series 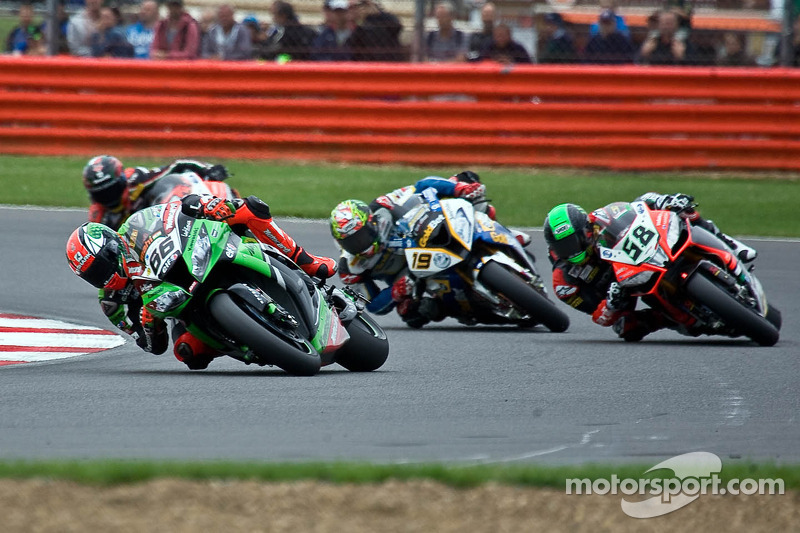 Turkey-bound for World Superbike Round 11

Rome (Italy) - The eni FIM Superbike World Championship will be racing this weekend, for the first time ever, at the Intercity Istanbul Park. Located in the Asian side of the largest city in Turkey, the track is 5,340 m long, with 8 left handers, 6 right turns and runs in anticlockwise direction.

New leader after the German Round Tom Sykes (Kawasaki Racing Team) is the only rider in the top-5 of the standings who hasn’t raced before on the Turkish track, meaning he has to fill the gap of knowledge during the weekend, while trying to find the best set-up for his ZX-10R. Main title contender Sylvain Guintoli (Aprilia Racing Team), who is only one point behind the Brit, is still recuperating from the shoulder injury that has been bothering him since the second half of July.

Marco Melandri (BMW Motorrad GoldBet) is really looking forward to the eleventh round of the season, as the Italian won twice in MotoGP at Intercity Istanbul Park, in 2005 and 2006 (despite starting from fourteenth on the grid that year). Melandri has high expectations for the upcoming event and hopes to narrow the gap on top of riders standings. After the impressive performance in Germany, his team mate Chaz Davies aims to keep the momentum going in order to finish the season on a positive note.

Eugene Laverty (Aprilia Racing Team) was on track early last week at Jerez for a two-day private test to keep developing his factory RSV4. Following the mixed emotions of race day at Nurburgring, the Toomebridge-born rider will be targeting two good race results to regain third place in the standings and keep his title hopes alive, despite the 40-point gap from Sykes.

Loris Baz (Kawasaki Racing Team) and Leon Camier (FIXI Crescent Suzuki) are speeding up their recovery to be on track next weekend, after the heavy crashes suffered at the Nurburgring nine days ago.

Leon Haslam will be waving the Pata Honda Team flag high as team mate Jonathan Rea will not tackle the event, due to the consequences of the crash in Race 1 at the Ring. Carlos Checa and Ayrton Badovini (Team Ducati Alstare) are targeting some encouraging race results that would make up for the difficulties experienced so far this year.

The Turkish Round might very well be a crucial one for the World Supersport title. Leader in the standings Sam Lowes (Yakhnich Motorsport Yamaha), who has – ironically - a 54-point advantage over Kenan Sofuoglu (Mahi Racing Team India Kawasaki), could be crowned Champion in his rival’s home round.

The crash in the Nurburgring race compromised dramatically the chances of title defence for Sofuoglu, while the 5th win for Lowes has put the Brit in the best possible situation to secure what would be the first WSS title of his career.

Many other Supersport protagonists are hoping to shine in Turkey, starting from Sofuoglu’s team mate Fabien Foret and Pata Honda duo of Michael van der Mark and Lorenzo Zanetti. The Italian has raced three times at the Intercity Istanbul Park before, in the 125cc World Championship. New recruit for the PTR Honda Team, Danny Webb, unlike most of his WSS peers, already knows the track, having raced there in 2007, as well as Kev Coghlan (DMC-Lorenzini Kawasaki), who’s hoping to repeat the impressive performance of the last round, that resulted in his first ever podium finish in WSS.

Italian Luca Scassa (Intermoto Ponyexpres Kawasaki) is aiming to be back racing up front after a difficult part of the season, while Jack Kennedy (Rivamoto Honda) is still looking for his first top-3 score.