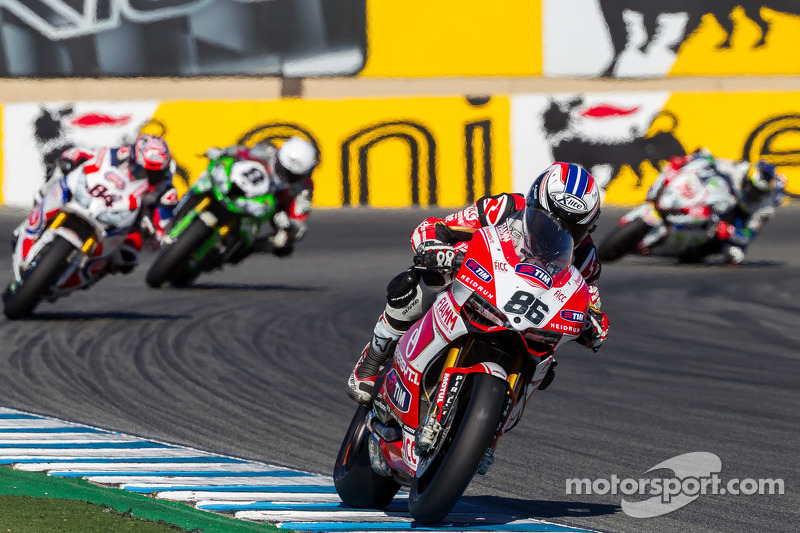 During second qualifying, that took place in dry conditions (air temperature 21°C, track 21°C), both Ayrton and Xavi were able to improve on yesterday afternoon’s performance. The Spanish rider recorded a best time of 1’42.6, qualifying for the Superpole in eleventh place, while Ayrton dropped his best time set yesterday by seven tenths of a second, to record the same best time as his teammate, placing twelfth as a result. 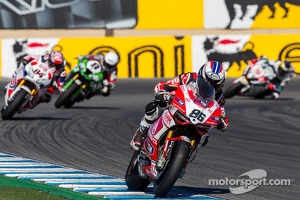 Superpole 1 – riders made the most of dry and sunny conditions for the final Superpole of the season (air temperature 25°C, track 35°C). In this first phase, both Ayrton and Xavi made a first exit on race rubber and then another with the first of two available qualifying tyres. Xavi was able to record a very fast time (1’42.0) thanks to which he positioned ninth, progressing easily to the second phase. Unfortunately Ayrton was meanwhile unable to make the most of the qualifier and closed in thirteenth position. Having failed to progress to stage two, the Italian rider will start tomorrow’s races from the fifth row.

Superpole 2 – In the second mini-session and with the second qualifying tyre, Xavi further improved on the already impressive time he set in phase one (1’41.8), concluding this phase in eighth position and proceeding to the third and final phase as a result.

Superpole 3 – with only a race tyre remaining, Fores pushed right to the end to earn final eighth position thanks to a best time of 1’42.2. The Ducati Alstare flagbearer will therefore start from the third row of the grid for tomorrow’s races, a positive result for the Spaniard in his first ever Superpole.

Ayrton Badovini: “It’s not the result we wanted of course. I hoped that in this final Superpole of the season we could do more. I just couldn’t make the most of the qualifying tyre and so we were out after the first stage. We’ll have to see what we can do, and change, for tomorrow’s races but it won’t be easy from the fifth row of the grid.”

Xavi Fores: “I’m really pleased because to take part in all three phases of the Superpole is a really positive result. It was my first experience of Superpole and I didn’t expect to get as far as the final phase to be honest. Step by step we’re improving and I’m feeling more and more at ease on the bike. With the qualifying tyre it was tricky because I’ve not used it before and there were definitely points where, with more experience, I could have opened the throttle a lot sooner. There’s still room for improvement and that’s a good thing. We’ll keep working and gradually we’ll get there. Our pace is slightly slower than the front five or six guys but I think that if I make a strong start tomorrow I’ll be able to stick with the second group. Anyway we’ll see, but I’m feeling confident.”