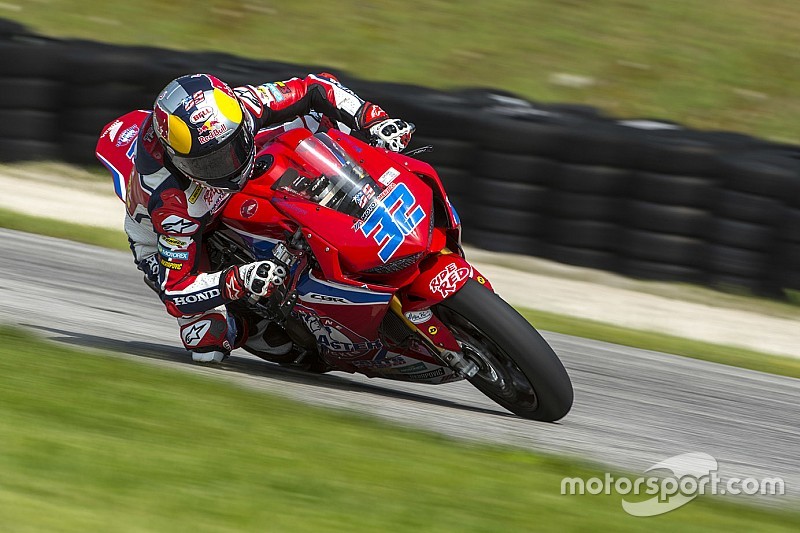 MotoAmerica rider Jake Gagne is set to replace the late Nicky Hayden in the Honda World Superbike team for the upcoming Laguna Seca round, Motorsport.com has learned.

The Ten Kate squad has only run a single bike for Stefan Bradl at the most recent Donington Park and Misano rounds, following Hayden’s passing in a cycling accident last month.

However, sources within the Dutch-based team have indicated it will be back at full strength for July’s Laguna Seca races, where 24-year-old Californian Gagne is poised to make his World Superbike debut on a works Honda Fireblade.

Gagne, who made a brace of Moto2 starts in 2011, is no stranger to Honda Superbike machinery, as he campaigns an American Honda-backed CBR1000RR with backing from Genuine Broaster Chicken in the MotoAmerica series.