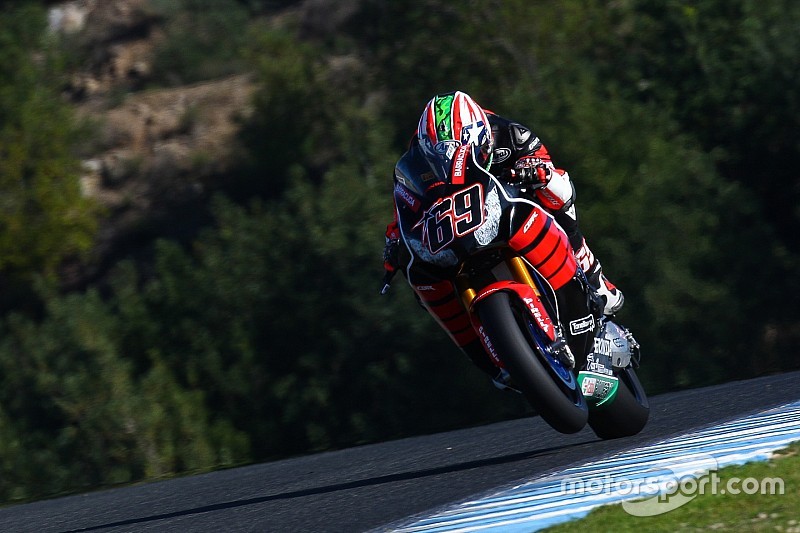 World Superbike newcomer Nicky Hayden reckons he is still far from reaching his best form after completing his first test of 2016 at Jerez.

Despite a small crash on the second day, and fog limiting track time, Hayden still managed to end up with 159 laps under his belt, ending up fourth fastest.

”It hasn’t been the perfect day, because the fog cost us a couple of hours in the morning and we had to squeeze the testing program in a shorter amount of time,” said the 2006 MotoGP champion.

”It’s a shame because there are still some things left to try and, of course, that time would have been useful for me too, but we did what we could.

”I was able to do a race simulation and to use the qualifying tyre and in the end, the lap-time was not too bad. There is still room for improvement.

"The winter season went too quick and the weather did not help, but now it is time for Phillip Island and I look forward to having some fun!”

Van der Mark back from injury

Hayden's teammate Michael van der Mark was less than a tenth slower on Wednesday, having fully recovered from tenosynovitis in his right wrist, to put both Hondas into the top five.

”We had some difficulties in choosing the right tyre for these temperatures, but eventually we found the good one,” the Dutchman said.

”From then we tried a couple of things on another swingarm plus some more adjustments, and every change resulted in more little steps forward.

”At the end, the bike was feeling very good at the rear, and we found some more grip, which is what we were looking for.

”I was able to drop half a second with race tyres but I feel we could have done a little better with the qualifier, as I made some small mistakes."

Sykes buoyed by Jerez test: “Now I can race the bike again”