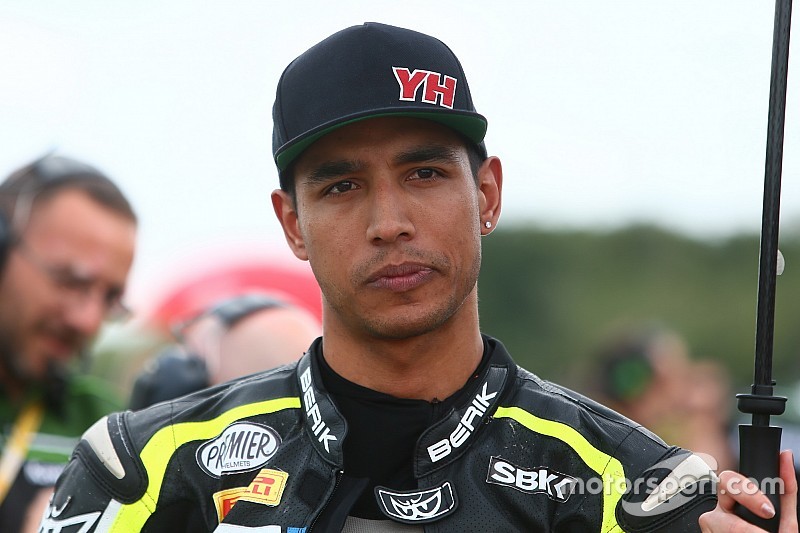 Former MotoGP racer Yonny Hernandez will remain with the Pedercini Kawasaki team for the 2019 World Superbike season, it has been announced.

Hernandez switched over to the production-based series at the start of the year after an abortive Moto2 campaign with the AGR squad in 2017, following the loss of his Aspar MotoGP seat at the end of the previous year.

The Colombian lies 18th in the standings with a best finish of 11th, having been forced to skip the Donington Park round due to visa issues.

Now it has been confirmed that Hernandez, who briefly returned to MotoGP in a test outing for Tech 3 Yamaha at Sepang at the start of the year, will stay with Pedercini for a second WSBK campaign next year.

"Yonny is a professional, a very careful, collaborative and professional rider," said team boss Lucio Pedercini. "He is gradually becoming more confident with the bike and the team.

"I see him very motivated and focused, he is the rider I strongly wanted for this season and that I immediately confirmed for the next season."

Pedercini will expand to a second bike for 2019 for Superstock 1000 rider Gabriele Ruiu.

The Italian teenager was due to make his WSBK debut this season with the Grillini Suzuki squad before joining Pedercini in STK1000 when Grillini was forced to drop out.