The World Superbike championship will not visit Laguna Seca in 2019, the Californian-based venue has announced. 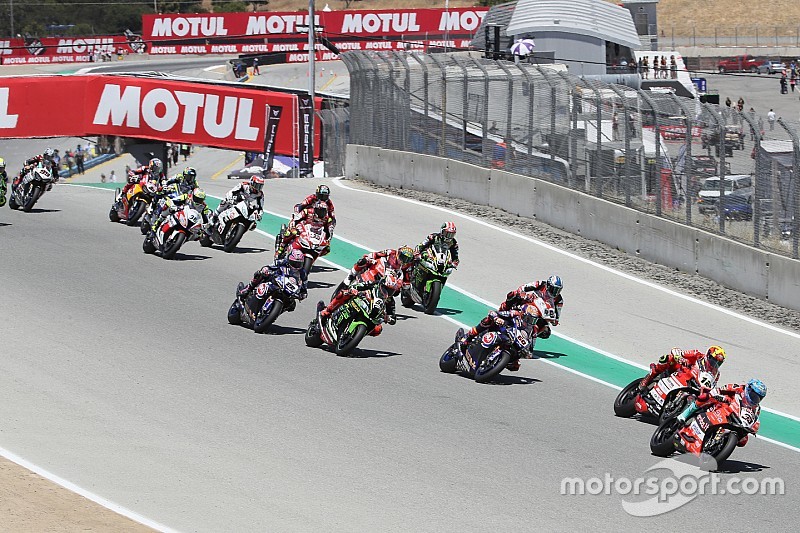 Laguna Seca has been a regular fixture on the WSBK schedule since 2013, with the production-based series moving into the traditional July slot that was previously occupied by MotoGP from 2014 onwards.

However, it has now been confirmed by the Monterey track that WSBK will not be visiting the United States at all next year.

Instead, Laguna Seca will play host to the 'Monterey Motorcycle Festival' in mid-July next year, with the domestic MotoAmerica series that has usually supported WSBK in the past topping the bill.

"The MOTUL FIM Superbike World Championship series will not be racing in North America in 2019, but is anticipated to return to WeatherTech Raceway Laguna Seca in 2020," read the circuit's statement.

The move comes after Laguna Seca landed the right to host the 2019 IndyCar season finale, which will follow a week on from its IMSA WeatherTech SportsCar Championship date in October.

WSBK has yet to release a 2019 schedule, although it's understood South African track Kyalami is set for a return, having last hosted the championship back in 2010.