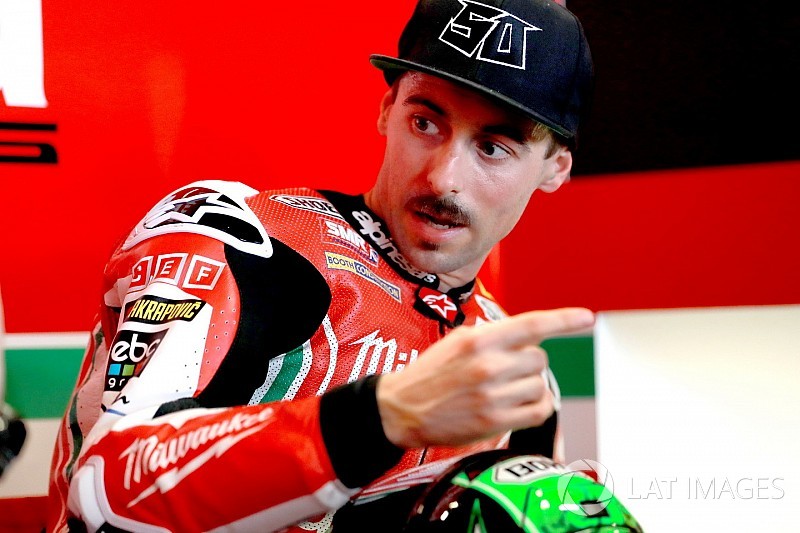 Milwaukee Aprilia World Superbike rider Eugene Laverty has been diagnosed with a broken pelvis following his crash in Sunday's race in Thailand.

Laverty crashed out at Turn 6 on the fifth lap of the second race of the weekend at Buriram before being hit by the MV Agusta bike of Jordi Torres.

The former MotoGP rider was then taken to hospital for check-ups for a suspected back or pelvic injury, and it was subsequently confirmed he had sustained a broken pubic ramus.

Laverty's injuries put him in doubt for the next WSBK round at Aragon on 14-15 April just three weeks away.

"The injuries he sustained in his crash on lap 4 are serious enough that he will be sidelined for a number of weeks, but it's too early to say how long for.

"The focus today is to get Eugene stable and back home as soon as he is fit to travel."

Laverty to skip three WSBK rounds due to injury