Laverty "trapped in a nightmare" after Thailand crash 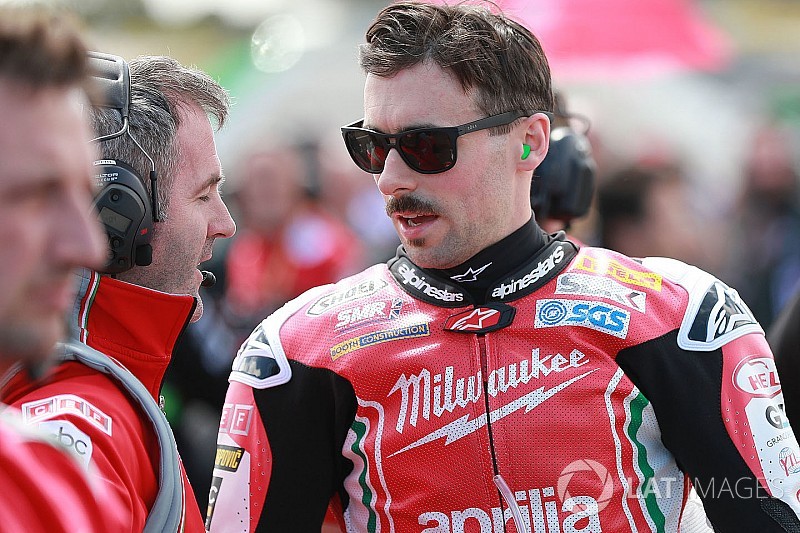 Aprilia's Eugene Laverty says he was “trapped in a nightmare” in the aftermath of his horror crash in Thailand's World Superbike round, in which he was struck by Jordi Torres.

The Northern Irishman was running inside the points battle in the early stages of the second race of last month's Buriram meeting when he encountered an issue with his front tyre.

Laverty lost the front end of his RS-GP going through Turn 6 on the fifth lap as a result, and was hit by the chasing Torres on his MV Agusta.

The Aprilia rider suffered a broken pelvis and internal injuries, while also temporarily losing feeling in his legs, and spent two weeks in Bangkok hospital before returning home.

Laverty admits the uncertainty over the extent of his injuries, as well as the confusion brought about by the language barrier between himself and the local medical staff made it “a very scary moment”.

“The whole thing was bizarre,” he began in an interview with BBC Sport. “From the moment of the crash I expected the race to be stopped, unfortunately it wasn't. That's something we're addressing for the future.

“Right afterwards I knew I had to take care of myself, because there was a language barrier there between myself and the medical staff; nobody could understand what was going on.

“So I did feel a little bit like I was trapped in a nightmare, so I just had to try and secure myself because I couldn't move my legs and they were sliding around on the stretcher.

“Very scary moment, so it was nice when I got to the medical centre and there was some people who spoke English, and having my brother John and my wife Pippa there to take care of me.”

Laverty had hoped to return for his home round at Donington Park at the end of May, but admits the timeframe of his recovery is unclear given the nature of his internal injuries.

“We set Donington as the target at the end of May,” he added. “But it really is so difficult to know when I'll be fit again because I have to take the doctor's advice in this one.

“With broken bones I'm not scared to get back on the bike, but with internal injuries these things take time and I want to be fit and able.

“After my career I've got make sure everything's functioning as well.”

Rea back to 2015 riding style with new WSBK rules