Veteran World Superbike rider Leon Camier has been announced as Honda’s new team manager ahead of the first pre-season test of the 2021 season at Jerez. 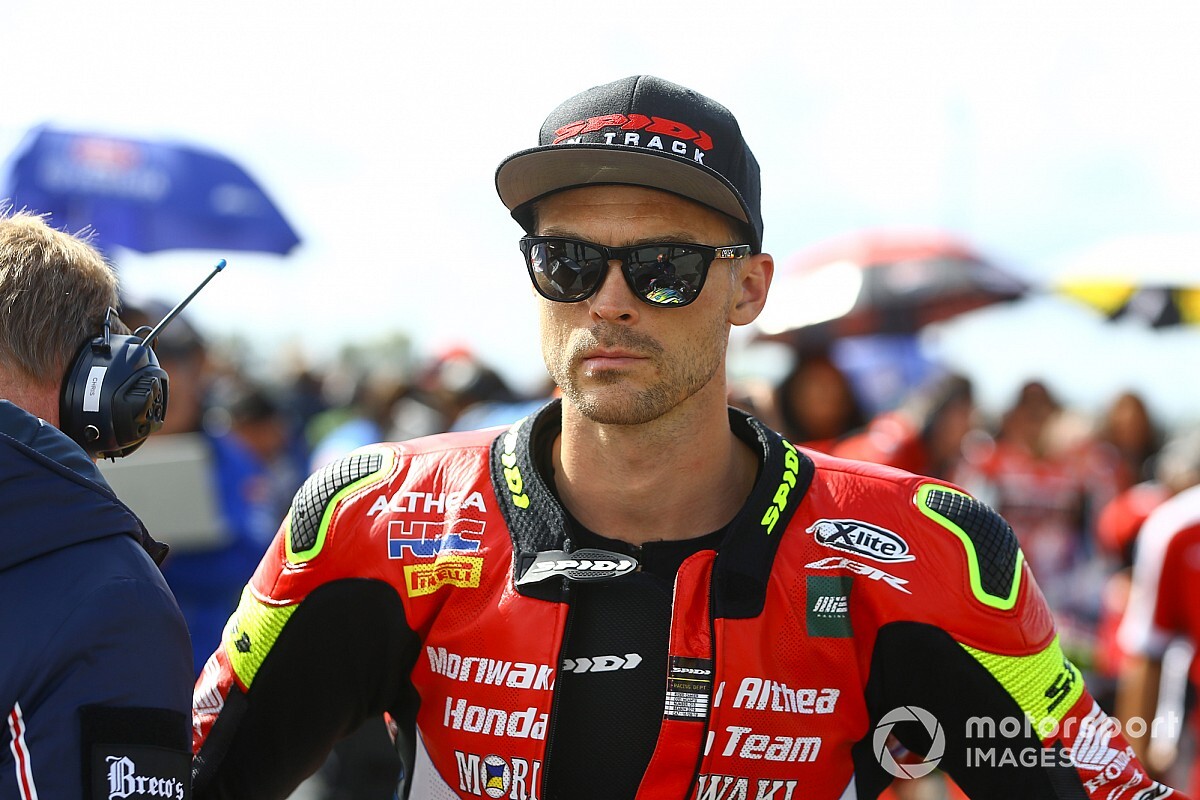 Camier has been a regular presence on the WSBK grid since 2010, enjoying stints with Aprilia, Suzuki and MV Agusta before moving to the Ten Kate Honda team in 2018.

The British rider stayed at Honda the following season when the Japanese manufacturer ended its relationship with Ten Kate and launched a full-factory effort, but was dropped at the end of year after a season marred by injuries.

Camier managed to secure a seat with Barni Ducati to remain in WSBK last year, but was forced to withdraw from the season opener due to his lingering injuries from a pre-season testing crash. Camier and Barni Ducati later split as the series went into its coronavirus-induced hiatus, leaving an uncertain future for the 34-year-old.

But in a surprising announcement, Honda has revealed that Camier will return to its works outfit in 2021 in the role of team manager, replacing Jaume Colom.

“I’ve been a Honda rider for several seasons during my career and I’m now very happy and proud to be back with the company for what is a major change in my professional and personal life,” Camier said.

“I thank Honda for the trust they have put in me - the WorldSBK project is very important and the new CBR1000RR-R Fireblade looks absolutely great. I’m prepared to work hard to achieve our goals; I always did so as a rider and I will continue in the same way as Team Manager.

“Having raced in SBK for many years, I know the championship and its challenges very well, although the current period further exacerbates these issues.

“But in working alongside two very strong riders like Alvaro and Leon, and such a professional group of people as Team HRC and the HRC engineers, I am confident we’ll be able to reach our full potential and fight for top results.

"We now have two days of testing at Jerez, it will be my first opportunity to work with the team and I really look forward to starting this new and exciting adventure.”

In a career spanning just over a decade, Camier scored nine podium finishes, the last of which coming in 2013 in his second season with Suzuki.

Camier will lead a Honda team comprising former MotoGP rider Alvaro Bautista and Leon Haslam, both retained for a second season following their 2020 moves from Ducati and Kawasaki respectively.