Yamaha rookie Andrea Locatelli says he never expected to score his first World Superbike podium finish at Assen after leading the first half of the weekend's final race ahead of Jonathan Rea.

Locatelli enjoyed by far his strongest weekend of his WSBK career so far, matching his personal best finish of fifth in Saturday's opening race and then coming home fourth in Sunday morning's Superpole race.

The Italian crossed the line third in that race, only to lose a position due to a penalty for a last-lap track limits infraction, but he made up for that by finishing third in the final race of the weekend.

Locatelli took advantage of the Turn 1 collision between his fellow Yamaha riders Toprak Razgatlioglu and Garrett Gerloff to take a surprise lead, with his advantage over the chasing pack peaking at around 1.5 seconds.

But a resurgent Rea soon cut into that lead and the Kawasaki rider was able to pass on lap 11 of 21 to take victory.

Locatelli then conceded a further position to the Ducati of Scott Redding, but nonetheless came away with his first top-three finish in WSBK.

"In the first part of the race, I tried to push and I got the good rhythm," recalled Locatelli. "But after 10 laps the feeling with the rear tyre is not so good and I could see Rea coming.

"I tried to push and when he passed me I tried to stay with him, but it was so difficult and he took a big gap in the last five laps.

"We wanted to try the SCX [qualifying tyre] on the rear, but the temperature was not so high and this didn’t help me to push until the end. Redding passed me but in the end I got the first podium. The last lap was so difficult, but luckily I had a big gap [back to fourth] because normally it’s very close.

"I never thought it was possible because Assen is not easy to ride, but when we arrived here, we were fast immediately and we didn’t make any mistakes." 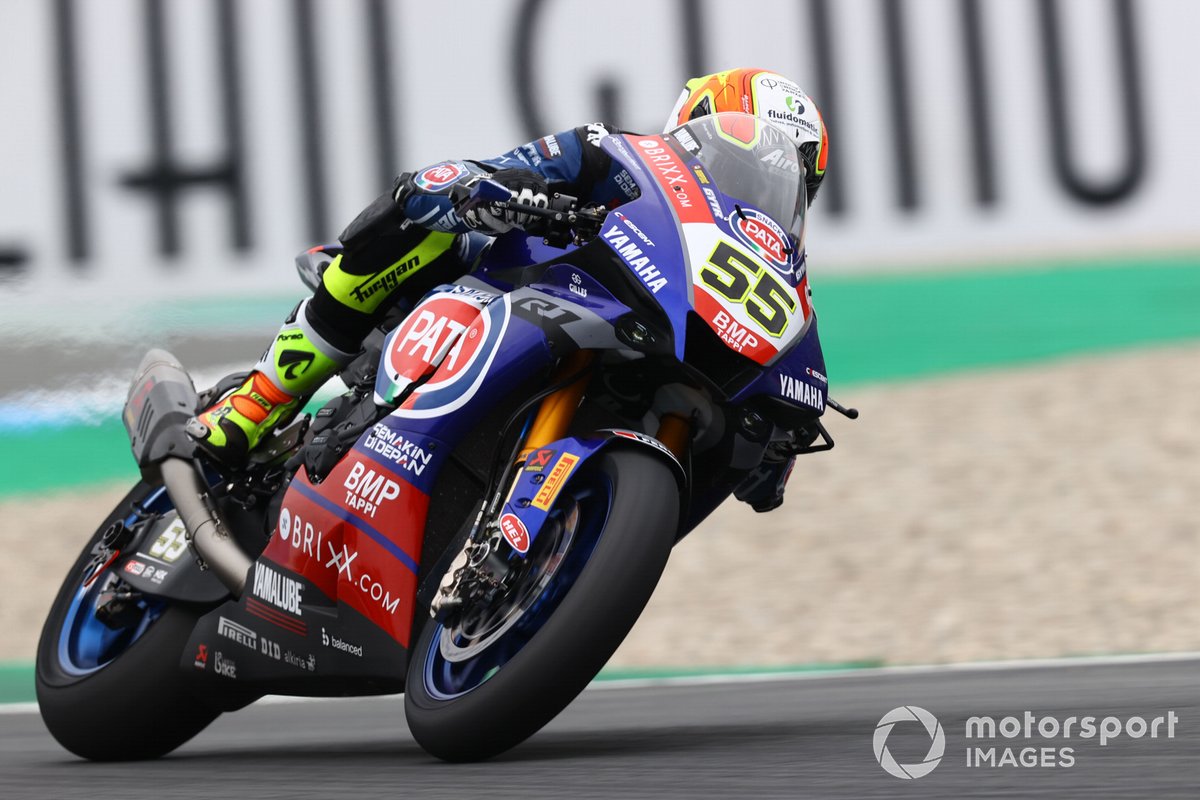 Locatelli made the step up to WSBK this year with Yamaha after a dominant campaign last year in the World Supersport series.

That followed three seasons in Moto2 that yielded a best finish of sixth and a best championship placing of 15th in 2018.

"For me, Superbike is like MotoGP," continued Locatelli. "My dream was to ride in MotoGP but it was not possible to stay in the [grand prix] paddock, this is a new one and I love this one so much.

"For me MotoGP and Superbike are the same [level]. It’s my first year in Superbike and my first year with Yamaha, and it’s amazing to get a podium after only five rounds. It’s really amazing."

Locatelli suggested his Assen result would help him to follow in the footsteps of Razgatlioglu and Gerloff and get a new deal signed with Yamaha for 2022.

"With Yamaha we need to see for the future, but for sure they are a good family for me," he said. "They helped me get started last year in Supersport and maybe we will continue with Yamaha."