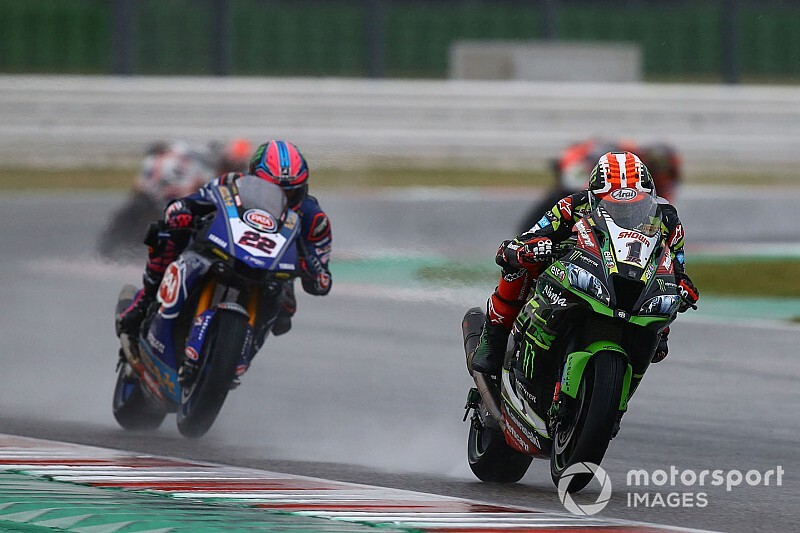 Yamaha had hoped to keep Lowes within its fold with Ten Kate, with it thought the Japanese marque was keen to retain his services for the Suzuka 8 Hours – in which he is a three-time winner with Yamaha.

However, this never came to pass, with links to KRT only intensifying when it confirmed the departure of Leon Haslam earlier this week.

“KRT welcomes a 27-year-old rider with a lot of pace and good experience,” team boss Guim Roda said of Lowes. “Our target is to ‘polish’ Lowes and try to make him a candidate for the title too. And he has a long career ahead.

"He has shown very good skills during these years and for sure the potential is there. We’ll try to use all the tools at our disposal in KRT to help him show his best.”

Steve Guttridge, Kawasaki Europe Racing Manager, added: “All at Kawasaki would like to send a warm welcome to Alex, who will join the elite Kawasaki Racing Team for next season in WorldSBK - partnering up with the all-time greatest Champion Jonathan Rea inside our Factory team.

“Alex is known to be a very hard worker and shows 100 percent commitment in every race.

“This attitude, combined with his talent and a clear enjoyment of his job, means that we are very confident that, along with the great staff we have inside KRT and on the Ninja ZX-10RR, this will be the start of a very exciting new era for all.”

Lowes stepped up to WSBK as reigning British Superbike Champion in 2014 with the Crescent Suzuki team, and took his first victory at the second race at Brno last year.

Scoring seven podiums so far this season, he leads teammate van der Mark by five points in their battle for this in the championship.

Haslam’s future meanwhile remains uncertain. Stating during the Portimao round that he did have a contract with Kawasaki for 2020, and that it was a case of waiting to see if he would remain at KRT or move to Puccetti, his options are now limited.

Kawasaki customer Puccetti still remains an option, but it has lost funding with a major Turkish sponsor following Razgatlioglu to Yamaha, and is rumoured to be keen on securing a younger talent.

Haslam has been linked to Honda, though this would be at a customer Moriwaki-run outfit as the factory HRC line-up will almost certainly comprise Alvaro Bautista – who was confirmed last month – and Takumi Takahashi.

Current Honda rider Leon Camier is also in the frame for a customer HRC bike next year.