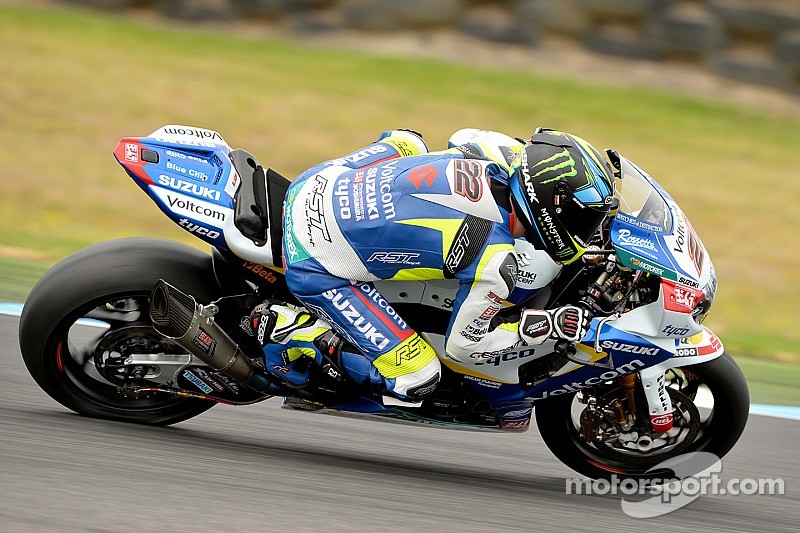 After the second Free Practice session - held in temperatures nudging 39 degrees Celsius - the man at the head of the combined WorldSBK timesheets on the opening day of on-track action at the Chang International Circuit was Alex Lowes (Voltcom Crescent Suzuki). The 24-year-old Englishman was the first rider to break the 1’35 barrier to record a 1’34.685s lap time with four minutes to go this afternoon.

As he was edged out of first place after dominating the morning session, long-time leader Jonathan Rea (Kawasaki Racing Team) tried hard to retake the top spot, closing to within 0.066s of his fellow Briton with his final lap, the pair comfortably ahead of the chasing pack.

After suffering a technical problem with both machines in FP1, Niccolo Canepa and Larry Pegram (Team Hero EBR) were able to take part in the afternoon timed period, completing the opening day in 18th and 23rd.

The final Free Practice session that will decide the Tissot-Superpole qualifiers is scheduled to take place at 9.45am local time.