Marco Melandri says “something big” needs to change on his Yamaha World Superbike, following a tough start to the European leg of the 2019 campaign.

The 22-time WSBK race winner joined the factory Yamaha-supported GRT outfit for '19 after losing his Ducati seat to MotoGP convert Alvaro Bautista, and managed a podium on his debut R1 outing at Phillip Island.

However, he has not cracked the top six since, and failed to tally up top 10 finishes since WSBK returned to Europe at Aragon and at Assen, while the Crescent Yamaha team has had a rider on the podium in three of the last five races.

Melandri says his “biggest problem” is loading the rear tyre due to his small size, and this means he can “never feel” what the rear is doing.

“The biggest problem for me is that I don’t load the rear with my body like the other riders,” Melandri told Motorsport.com following the Assen round.

“It is always too much weight on the front. But we are on the limit. We cannot bring more weight to the rear. It is so difficult for me.

"I never feel the rear tyre. Even when I go into a turn I don’t feel the rear when stopping the bike. I have always a delay going into the turn and making the bike turn. I go very late on the throttle. It is like a domino effect.”

He added he is finding it difficult to move on the bike because of its “very big” fuel tank, and says it is “impossible” to brake with lean angle currently.

When asked what needs to be done to cure his issues, Melandri said he wants the bike's weight distribution altered, and feels works needs to be done on its stiffness as it is “too hard” for him.

“The team is working hard, but I need something big on the bike – not just set-up [changes],” he stated. “I want to change the weight distribution of the bike and bike stiffness.

"For me it's way too hard. It can't absorb the bumps, maybe because I'm too light and too small.

“Assen is a good track for the bike, but for me all the negative points are there: a lot of braking with angle, very cold, lots of long corners. All these areas I'm normally fast, but now I'm struggling a lot.” 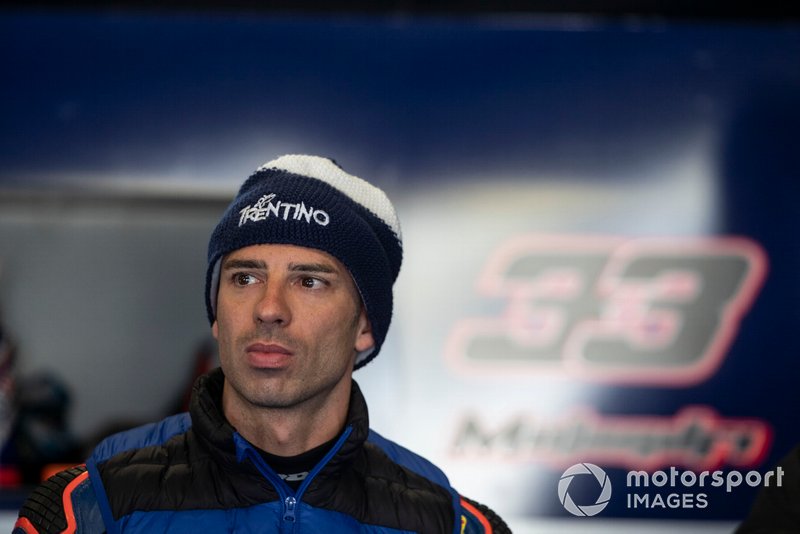 Nozane to remain with Yamaha in WSBK next season

Yamaha: Nozane deserves "another chance" in WSBK next year