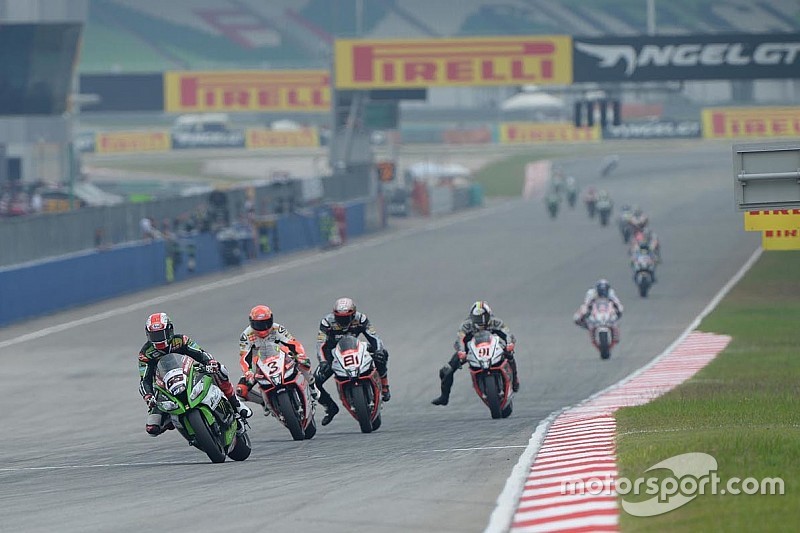 The World Superbike championship has revealed an expanded 2016 calendar consisting of 14 rounds, with Monza replacing Portimao.

Monza returns to the WSBK fray after a two-year absence, boosting the number of Italian venues on the calendar to three with Imola and Misano retaining their spots, although it remains subject to FIM homologation.

The Monza round has been pencilled in for 22-24 July, and will be followed by the only other new addition to the 2016 schedule, the Lausitzring, which has been handed a 16-18 September date.

The return of the German track means the final few rounds have been pushed back by two weeks, with the Qatar season finale scheduled for for 28-30 October.

Jerez and Magny-Cours have also swapped places, with the Spanish track now hosting the penultimate round of the series, while Sepang has been shifted from August to May.

As per tradition, the championship kicks off in Australia with a visit to the Phillip Island circuit on 26-28 February.

Vallelunga has been named as a reserve venue, while three official tests at Phillip Island, Misano and Jerez have also been confirmed.