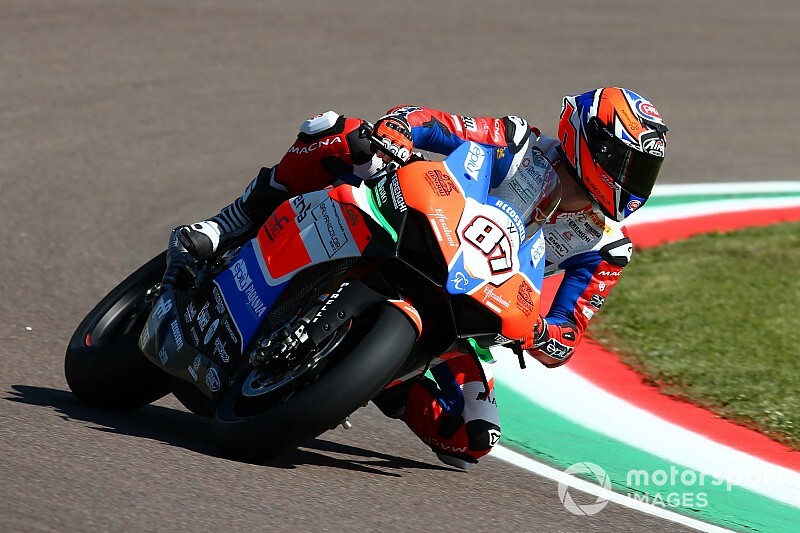 The Italian outfit entered two Ducatis in the CIV Superbike series this year and also made two wildcard appearances in WSBK at Imola and Misano.

Lorenzo Zanetti piloted the team's V4 R in the former round (pictured top), scoring a best result of ninth, while Samuele Cavalieri took over riding duties at Misano.

Now Motocorsa has firmed up plans to enter all the European rounds of the 2020 WSBK campaign, starting with the Jerez races in March, as well as the season finale in Argentina, Mercado's home country.

Mercado makes the switch to Ducati machinery from Kawasaki, having raced for the Orelac squad for the last two seasons, scoring a best result of sixth at Donington Park this year.

“I’m really pleased to be able to compete with Team Motocorsa and to ride once again with a Ducati," the 27-year-old commented. "I’ve known [team manager] Lorenzo Mauri for several years, we have the same goals and at last we can race together.

"I’m convinced that we will work hard to achieve excellent results together. I can’t wait to get started in the January winter tests and finally try the Ducati V4 R."

Motocorsa's arrival on the WSBK grid at Jerez will bolster the Ducati contingent to five, matching the number of bikes entered by rival marque Kawasaki.