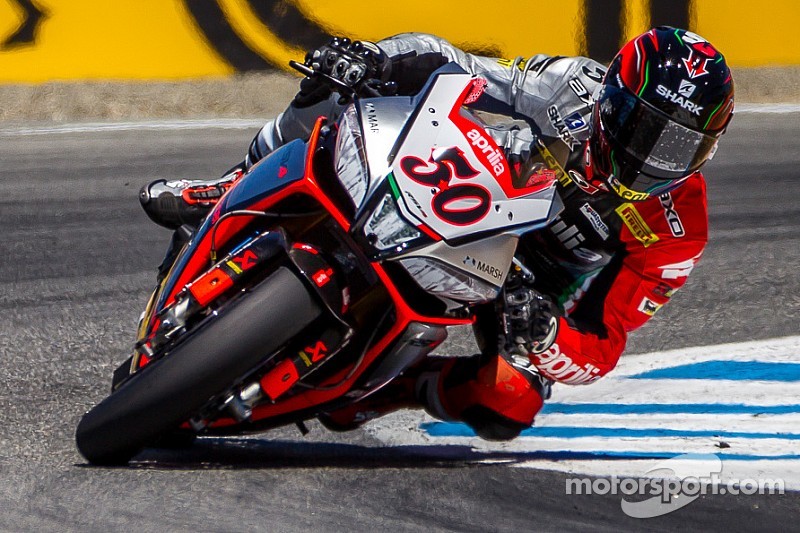 This year’s edition of the Australian round will be the 25th in the history of the series.

The 2015 eni FIM Superbike World Championship is less than a week away from its first showing and the riders are already in Australia to prepare for the opening round, which will be preceded by a two-day official test starting next Monday.

This year’s edition of the Australian round, sponsored by leading insurance company Swann, will be the 25th in the history of the series, an all-time record in terms of most World Superbike events staged by a single circuit. The Phillip Island Grand Prix Circuit made its debut on the World Superbike calendar back in 1990 and, after a brief absence in 1993, has been hosting a round of the championship ever since. From 2010 onwards the Victorian venue has hosted the opening event of the season.

As well as being the fastest on the calendar - with a current fastest average speed for the series of 177.720 km/h - and a favourite for riders and fans alike, Phillip Island is generally regarded as one of most spectacular race tracks in the world. Located on the southerly most tip of Australia amid wonderful coastal scenery, the 4.445 km (2.762 mi) track features seven left-hand corners and five right-handers and many elevation changes up to almost 60 m.

The New Year comes with several changes on different levels. Seldom has the series has witnessed as many changes in the rider line-up as new partnerships, welcome returns and new arrivals have shaped the 2015 grid in a new way compared to the one seen last year.

Catalan Torres makes up just a quarter of the Spanish rookie contingent that will try to follow in the footsteps of Carlos Checa. The 125cc World Champion of 2011, Nicolas ‘Nico’ Terol (Althea Racing Ducati), Santiago Barragan (Team Grillini SBK) and Roman Ramos (Team Go Eleven Kawasaki) are eager to test their skills aboard superbike machines.

The newly-named Aruba.it Racing-Ducati SBK Team has kept things unchanged on the line-up side, with Chaz Davies and especially Davide Giugliano showing great speed aboard their Panigale R machines during the last European test of the pre-season at Jerez back in January. The latter is now looking to step atop the podium for the first time in his World Superbike career, an eventuality that could coincide with Italy’s 100th race win since the WorldSBK was inaugurated in 1988.

Revisions on the technical regulations

2015 also marks significant revisions to the technical regulations, not least in the areas of electronics (with a new price cap) and engines (with less tuning permitted for pistons and conrods especially). Not only are costs hoped to fall as a result, but the new rules are set to make the championship more attractive to privateer teams and are expected to result in a generally more competitive grid from the start of the new campaign.