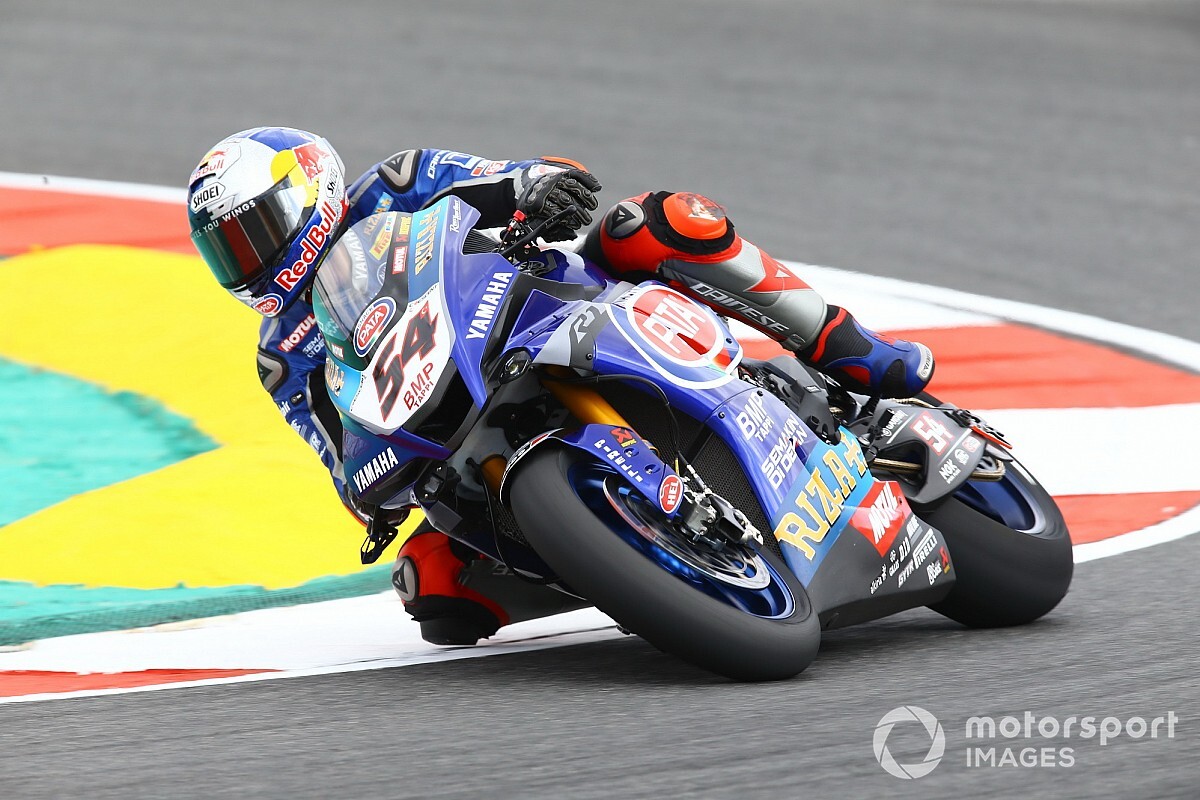 Yamaha rider Toprak Razgatlioglu set the pace in Friday practice for this weekend's third round of the World Superbike season at Portimao.

That time proved good enough to top the day overall by 0.405s from Ten Kate Yamaha man Loris Baz, who was fastest in the afternoon session.

Razgatlioglu fell just 0.014s shy of completing a clean sweep of both sessions, and was just 0.021s faster than reigning champion Jonathan Rea in third place.

Kawasaki rider Rea had been third-fastest behind the two works Yamahas in FP1 and maintained that position overall after FP2, while Michael Ruben Rinaldi was fourth-fastest in both sessions on the satellite Go Eleven Ducati.

Points leader and winner of two races last weekend at Jerez, Scott Redding was fifth-fastest on his factory Ducati, only 0.145s slower than Baz in FP2 but a little over half a second shy of pacesetter Razgatlioglu overall.

Van der Mark's FP1 effort - which he did not improve upon in FP2 - left him sixth in the combined order, fractionally clear of BMW man Tom Sykes.

Completing the top 10 were Alex Lowes on the second factory Kawasaki, Honda's Alvaro Bautista - who suffered a crash at Turn 5 in FP2 - and Eugene Laverty on the second BMW.

After finishing a strong second behind Ducati teammate Redding in the second Jerez race, Chaz Davies had a low-key day in 12th, one place behind Honda rider Leon Haslam.

WSBK announced on Friday that the Portimao round will be open to a small number of spectators, with 250 fans per day being granted access to grandstand viewing. Last weekend's Jerez round was held entirely behind closed doors.