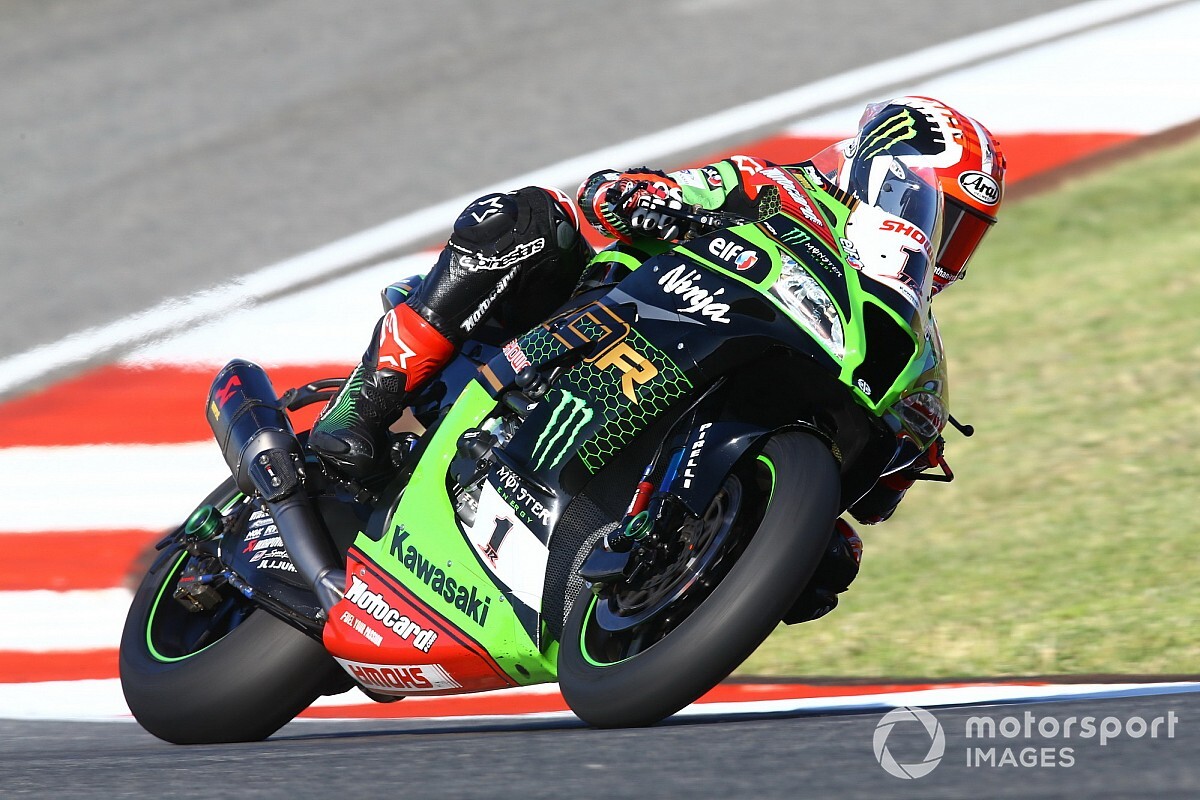 Kawasaki rider Rea had qualified on pole position for the second race of the weekend, but immediately came under pressure from fellow front-row starter Toprak Razgatlioglu, who made a move on the inside heading into Turn 1.

But Razgatlioglu overshot the corner on his factory Yamaha, allowing Rea to return to the front in no time.

The two subsequently checked out from the rest of the field, building a one-second gap in the opening lap alone.

Razgatlioglu initially stayed on the tail of Rea for the first five laps, the two appearing to be locked in a tight scrap for victory, before the reigning champion started pulling away from his rival in the second half of the race.

Rea eventually won the race by a comfortable margin of 2.946s, with Razgatlioglu finishing second to repeat his result from Race 1.

Ten Kate Yamaha's Loris Baz made a brilliant start from sixth on the grid to move up to third on Lap 1, and that was the position he finished in at the end of the 10-lap sprint race.

Kawasaki’s Alex Lowes dropped to fifth on the opening lap of the race, but was able to repass the BMW of Tom Sykes to claim fourth at the flag.

Lowes had to fend off the charging Ducati of Scott Redding, who bounced back from a subdued Race 1 showing to move up to sixth on the opening lap of the Superpole race.

However, after dispatching Sykes, he was unable to make a move on Lowes, the Kawasaki rider resisting his advances to retain fourth place.

Leon Haslam dragged the factory Honda to ninth at the flag, finishing just a tenth behind Rinaldi, while the top 10 was completed by Garrett Gerloff’s GRT Yamaha.

Alvaro Bautista finished outside the points in 11th on the second of the factory Hondas, while Ducati rider Chaz Davies retired after a collision with BMW’s Eugene Laverty at the hairpin on Lap 3.

Following the Superpole race, Redding continues to lead the riders’ standings, but his advantage to Rea has been reduced to a single point.