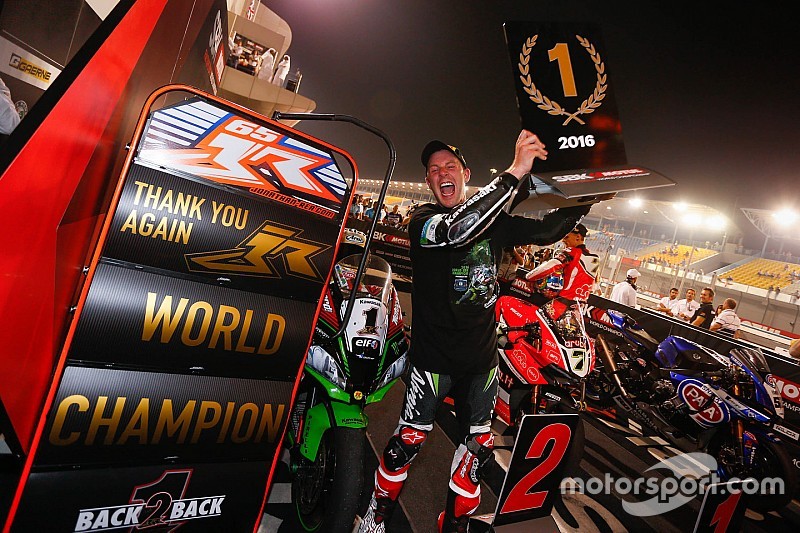 Starting from pole, Kawasaki rider Rea had a better getaway than fellow front row starters Nicky Hayden and Davies, but the latter managed to pass the champion-elect at Turn 1 regardless.

The duo quickly pulled away from the rest led, by Hayden's Honda and Tom Sykes on the second Kawasaki.

Sykes, who needed a win and Rea not to score more than one point to stay in contention for the title, was soon overtaken by Sylvain Guintoli.

Rea continued to closely follow Davies for much of the distance before ground in the latter stages, allowing the Ducati rider to take his 10th win of the season and his fifth in succession.

Guintoli also passed Hayden to score Yamaha's first podium of the season, with the latter also being overtaken by Sykes on the last lap.

Former WSBK regular Leon Haslam, who makes his first and only appearance of the 2016 season this weekend for Pedercini Kawasaki, finished 11th.