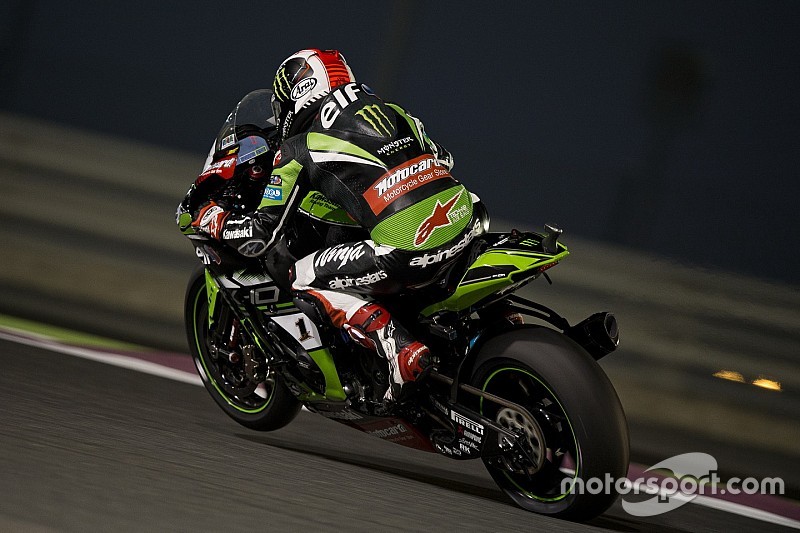 Title favourite Jonathan Rea topped the final Superpole session of the World Superbike season in Qatar, beating Nicky Hayden at the very end of the session.

Rea led the first half of the session but he was quickly demoted by Jordi Torres during the final flyers.

Honda duo Michael van der Mark and Hayden both lowered the benchmark, the latter staying ahead until Rea set his best time of 1m56.356s.

Hayden and Chaz Davies will start from the front row, the duo separated by four hundredths.

Guintoli's Yamaha teammate Alex Lowes was more than half a second adrift in sixth, followed by Xavi Fores and Lorenzo Savadori.

Van der Mark, who had dominated Superpole 1, ended up ninth, with Torres eventually settling for 10th.