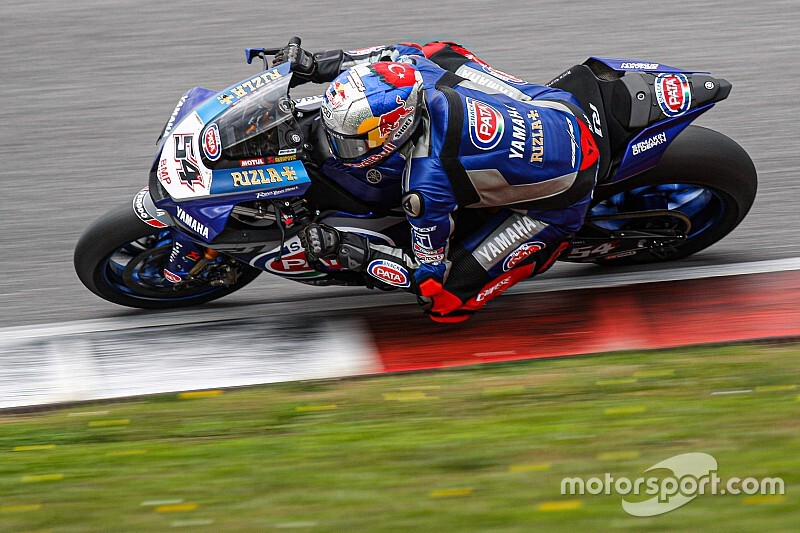 After the first two-day test of the year at Jerez, most of the 2020 WSBK grid descended on the Portugal WSBK round venue of Portimao for two further days of running on Sunday and Monday.

WSBK rookie Scott Redding led Sunday’s times aboard his factory Ducati, after setting a 1m41.179s on a qualifying tyre run towards the end of the day – a feature of WSBK the reigning British Superbike champion has to get to accustomed to prior to the season-opener in Australia next month.

Ten Kate Yamaha’s Loris Baz led the times for much of Sunday, but was cast 0.573s adrift at the chequered flag on Sunday, ahead of works Yamaha counterpart Razgatlioglu.

Razgatlioglu then set an early pace of 1m41.864s on Monday, before eventually improving to a 1m41.339s early in the afternoon. This stood as the benchmark until the final 20 minutes, when several riders went for a final time attack run.

Baz deposed him first with a test-best effort of 1m40.994s, with Redding edging ahead with eight minutes to go.

But the Ducati rider’s 1m40.883s lap wouldn’t be enough to hold onto top spot, as Razgatlioglu found a small amount of time on his last lap to end the test fastest with a 1m40.804s.

Baz held on to a top-three spot, with Michael van der Mark completing another strong showing for the Yamaha contingent in fourth on the sister Crescent-run official entry.

After ending Sunday well over a second off his teammate’s pace, Chaz Davies on the sister works Ducati reduced that deficit to 0.795s in fifth ahead of the top Honda of Leon Haslam.

The poor weather of the Jerez test stopped HRC from testing numerous developments on its new CBR1000RR-R, but two dry days at Portimao allowed the Japanese marque to complete a fuller programme.

Alvaro Bautista – who is rumoured to have broken Portimao’s lap record at a private test late last year on the Honda – was a low-key 16th on the sister CBR1000RR-R.

Tom Sykes was fastest of the BMWs in seventh ahead of new teammate Eugene Laverty, who caused a red flag on Sunday when a stone punctured his S1000RR’s radiator.

Kawasaki was absent from the Portimao test, with Jonathan Rea and Alex Lowes instead completing private running at the Circuit de Barcelona-Catalunya on Monday.