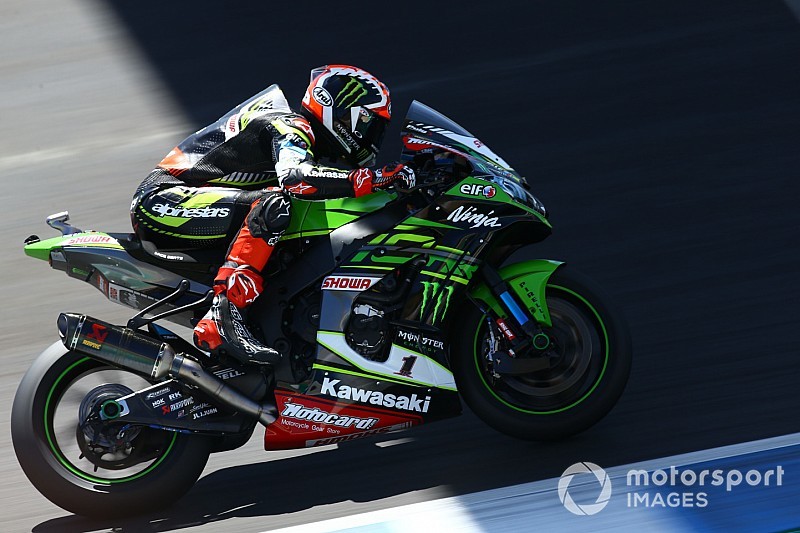 The field spent most of the Superpole session on race-spec tyres, with Yamaha's Alex Lowes and Rea both spending seven minutes each on top.

As the field switched to qualifying tyres in the last five minutes, Lowes first edged ahead of Rea by 0.009s before the latter made a huge improvement, going nearly half a second faster with a 1m38.247s.

Rea's pole position was only in danger from Ducati rider Bautista, who was a couple of hundredths faster before the final sector of the track, but the Spaniard fell just shy of Rea's benchmark.

GRT Yamaha rider Marco Melandri stole third from Lowes, who will be joined on the second row by Kawasaki rider Leon Haslam and his predecessor Tom Sykes (BMW).

Michael van der Mark qualified seventh on the second Yamaha, narrowly outpacing Jordi Torres, who ran off track at Turn 1 after his final lap, but his Pedercini Kawasaki bike was rescued by track workers before it got stuck in the gravel.

The top 10 was completed by Sandro Cortese (GRT Yamaha), who had a small crash at Turn 6, and Barni Ducati's Michael Ruben Rinaldi.

Chaz Davies was a disappointing 12th with Loris Baz qualifying 15th on his and Ten Kate's return to the series, followed by Tommy Bridewell on the GoEleven Ducati.

The three Honda bikes rounded out the order with Yuki Takahashi, who is replacing the injured Leon Camier, being the fastest of them to grab 17th.