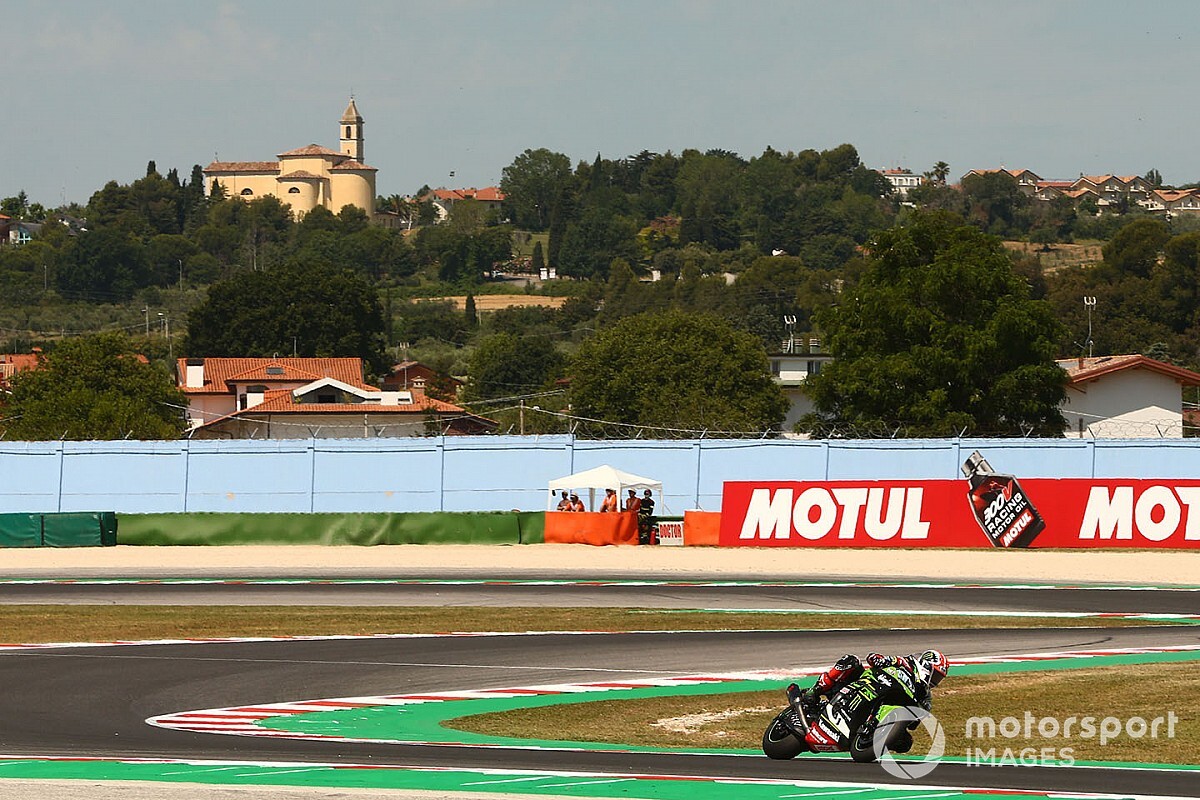 Jonathan Rea took a crucial win in the final World Superbike race at Misano after championship leader Alvaro Bautista crashed from the lead.

Bautista's victory bid only lasted for one lap after leading from pole position as he then crashed at Turn 4.

It's the second time Bautista crashed out of the lead in four races, following his fall in the final race at Jerez.

Leon Haslam moved into the lead after the incident, with fellow Kawasaki riders Jonathan Rea and Toprak Razgatlioglu, as well Yamaha pair Marco Melandri and Alex Lowes, following suit behind him.

Having pulled off a move on Rea, it was Razgatlioglu who eventually demoted Haslam from the top spot with a Turn 1 move on lap 5.

Rea quickly followed through and pulled away from Haslam, who subsequently had to defend from Melandri.

Razgatlioglu had Rea all over him for the rest of the race but the reigning champion was patient, merely putting pressure on the Turkish rider for many laps.

Rea was finally close enough on the main straight to take the lead on lap 18 - but Razgatlioglu stayed close to Rea and fought back on the last lap.

He lunged down the inside at Turn 8 but went wide, allowing Rea to cut back and hold on to the lead, the reigning champion going on to cross the line ahead by 0.3s.

Haslam was able to keep third place for the whole race to complete an all-Kawasaki podium.

Marco Melandri, his main challenger for most of the race, ended up crashing at Turn 8 but Lowes took over and was all over Haslam until the finish, eventually settling for fourth.

Barni Ducati's Michael Ruben Rinaldi completed the top five ahead of the BMW of Tom Sykes.

Bautista continued after his crash and was able to finish 14th, scoring two points.

Sandro Cortese was another early crasher who rejoined and also salvaged a point-scoring finish in 15th.

Bautista "very angry" after another "not acceptable" crash