Rea could win in MotoGP "with time", says crew chief 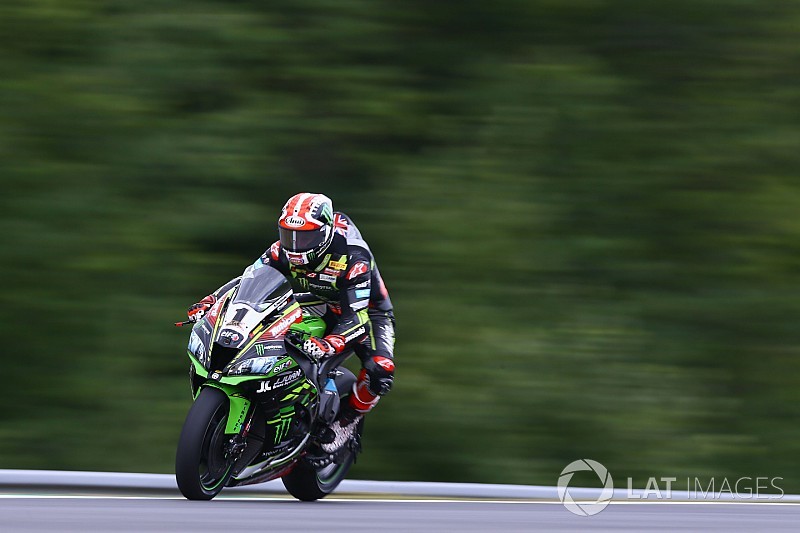 Rea – who raced twice in the premier class with Honda in 2012 as the injured Casey Stoner's replacement – revealed during last month's Donington Park round that he had factory offers to go to MotoGP next year.

However, the current championship leader announced last week that he had agreed a new two-year deal to remain in WSBK with Kawasaki.

Riba says history has shown WSBK riders have struggled to find success in MotoGP but that “history is to change”, and Rea's record 60 victories achieved at Brno as well as his three successive titles means he could be successful in the premier class now.

“History shows that some riders going from here to there don't succeed,” Riba told Motorsport.com at Brno.

“The history is to change. This means riders from MotoGP go to WSBK but no one really succeeded the other way. But history [can] change.

“I'm pretty sure that with the right team, right people and time – especially time – he will win or come close to a win.

“It is not only a matter of going fast. There a many decisions in the background: politics, companies, culture, teams and many other things.”

Eugene Laverty, who raced in MotoGP in 2014-16, thinks it “is a shame” Rea has been overlooked for a premier class ride, and also feels MotoGP teams should look more at WSBK when looking for riders.

“It is a shame, it is unfortunate, not every rider has ever done what Johnny has done,” Laverty said.

“He showed interest to go to MotoGP. It is disappointing that this interest wasn't returned from that paddock. His level is fantastic.

“I can understand that he wants a factory bike. That is what he deserves.”

He added when asked if it was a mistake by MotoGP team to only look at its feeder classes: “A fast rider is a fast rider, that's it. It is not, 'oh this is a Superbike, you can do this, you can do that.'

“They key thing is to study that rider and understand the whole situation. If he is fast, intelligent, calm and all these things. There is not just one path.

“Look at Danilo Petrucci. He came from European Superstock and did a great job to work his way up to a factory team.

"It is unfortunate that they don't consider Johnny for this. I'm sure he is ready.”

Davies: Staying at Ducati a "risk" with V4 bike