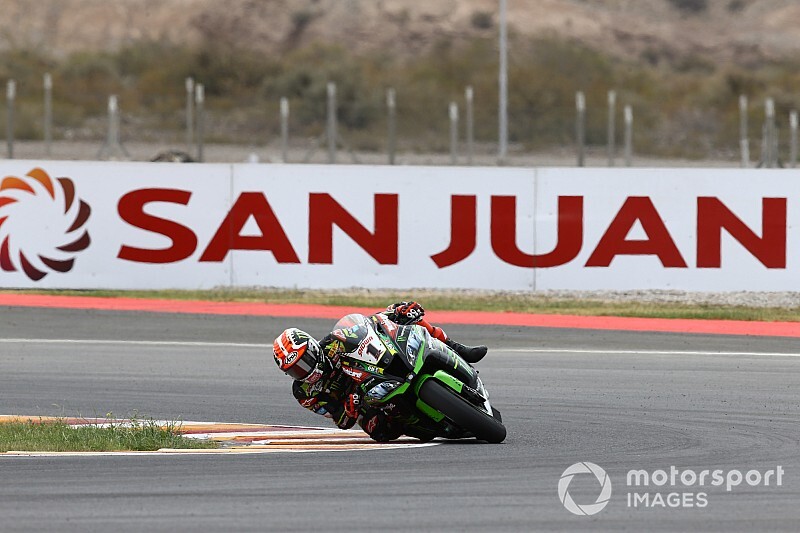 World Superbike champion Jonathan Rea took a second consecutive victory at Villicum in confident fashion, even though a mistake from him briefly gifted the lead to Alvaro Bautista.

Rea led from pole position and quickly pulled away from Bautista and Toprak Razgatlioglu as the pair of them traded places on the opening lap.

His lead was up to one second in two laps and he didn't seem troubled until he ran wide at the end of the main straight, losing just enough time for Bautista to move ahead.

But Rea was all over Bautista almost instantly and made a move at Turn 7 in two laps' time.

Bautista could not only keep up with Rea afterwards, but started to lose more time and positions.

He gave up second place to Ducati teammate Chaz Davies, who had lost ground at the start but then passed Yamaha duo Alex Lowes and Michael van der Mark as well as Razgatlioglu to move up to third.

When he also dispatched Bautista, Rea already had a 2.4s lead, which remained intact for the majority of the race before Rea pulled away even more in the final couple of laps.

He eventually won by 5.1s with Davies safely securing second.

Razgatlioglu stole third from Bautista, who also ended up falling behind van der Mark and finishing only fifth.

Lowes was sixth with Eugene Laverty (GoEleven Ducati) taking his best result since his return from an extended injury break in sixth, the Irishman picking off several riders late on.