Reigning champion Jonathan Rea concluded the second post-season World Superbike test at Jerez fastest of all, having topped both days on his Kawasaki. 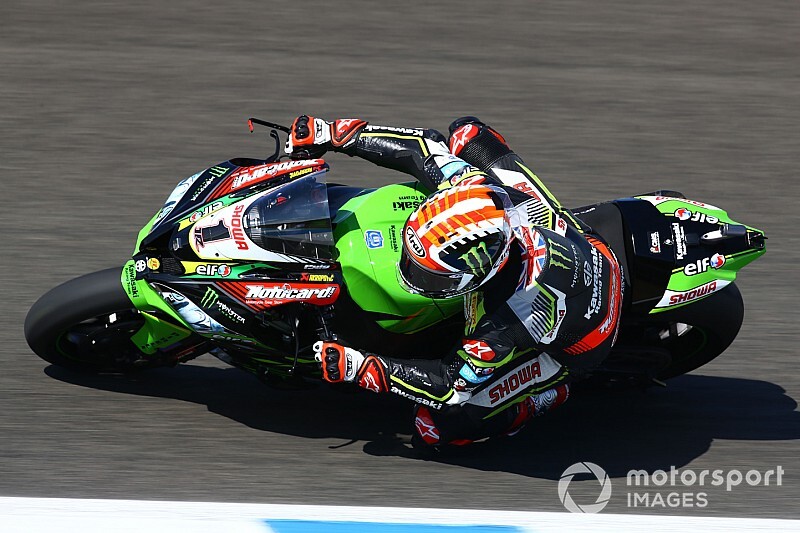 WSBK’s second post-season test got underway at Jerez on Thursday, with reigning five-time world champion Rea leading the timesheets after 63 laps with a 1m39.207s.

Rea – who loaned his ZX-10RR to 2018 World Supersport 300 champion Ana Carrasco an hour before Thursday’s session got underway – spent much of the day playing around with set-up.

Former Kawasaki rival Toprak Razgatlioglu continued his adaptation process to the Yamaha which began two weeks ago in Aragon, though neither he nor teammate Michael van der Mark have the ’20-spec R1 just yet.

Using this test to further adapt his riding style to the Yamaha, Razgatlioglu ran Rea close on Thursday with 1m39.226s to end the day just 0.019 seconds adrift.

Only test rider Niccolo Canepa had the ’20 R1 at the Jerez test, and was ninth at the end of Thursday’s running.

Thursday’s running was interrupted by four red flags, one of which caused by Tom Sykes’s BMW expiring at Turn 2.

He still ended the day seventh despite this behind the works Ducati of WSBK debutant Scott Redding and ahead of his teammate Chaz Davies on the sister factory V4 R.

Testing continued on Friday, with van der Mark leading as the teams took a break for lunch with a 1m39.287s, with Rea just 0.074s adrift.

Rea took over from van der Mark in the afternoon with a 1m38.397s, while Baz proved his closest challenger for some time – albeit some nine tenths adrift.

The Kawasaki rider’s time would not be matched as the session drew to a close, with Baz heading van der Mark to complete the top three.

Lowes was fourth, 0.589s adrift of his teammate’s time, while Redding was top Ducati runner in fifth with a 1m39.801s.

Tom Sykes led the BMW charge in sixth, with Razgatlioglu, Canepa, Davies and the second BMW of Eugene Laverty rounding out the top 10.

Honda pair Alvaro Bautista and Leon Haslam sat out the Jerez test in favour of a private outing at Aragon on their brand-new Fireblades.

Barni Racing's Leon Camier also skipped the test due to injury and was replaced by Ducati test rider Michele Pirro.