Jonathan Rea says he "couldn't imagine" winning his sixth consecutive World Superbike crown after a poor start to the season and a calendar he feels didn't play to the strengths of his Kawasaki bike.

Rea came into last weekend's Estoril finale as the overwhelming favourite to wrap up a record-extending sixth straight title, needing only three points from the opening race on Saturday to put the prize beyond the reach of Ducati rival Scott Redding.

Despite dramatically crashing in qualifying, Rea recovered to finish fourth in that race to further underline his status as the most successful rider in WSBK history.

It marked a turnaround from the opening round of the season at Phillip Island, prior to the season being put on hold for the COVID-19 pandemic, where he crashed out of the first race and was left trailing teammate Alex Lowes and Redding in the standings.

"I couldn’t imagine being here six or seven months ago after crashing out in the first round of the championship," said Rea on Saturday after wrapping up the title.

"And during lockdown, when I saw the [revised] calendar, if I could pick any seven tracks to finish the season it wouldn’t be the seven we raced at, because they are not the strongest tracks for me or the machine.

"We did an incredible job with the team, we worked very hard, we maximised every opportunity we had. Even coming into the final round of an eight-round championship with a large gap [over Redding] is testament to all the hard work done behind the scenes."

Rea fell just short of clinching his 100th win in WSBK this season, as he rounded off the Estoril weekend with fifth in the Superpole race and crashed in the finale on his way to 14th. 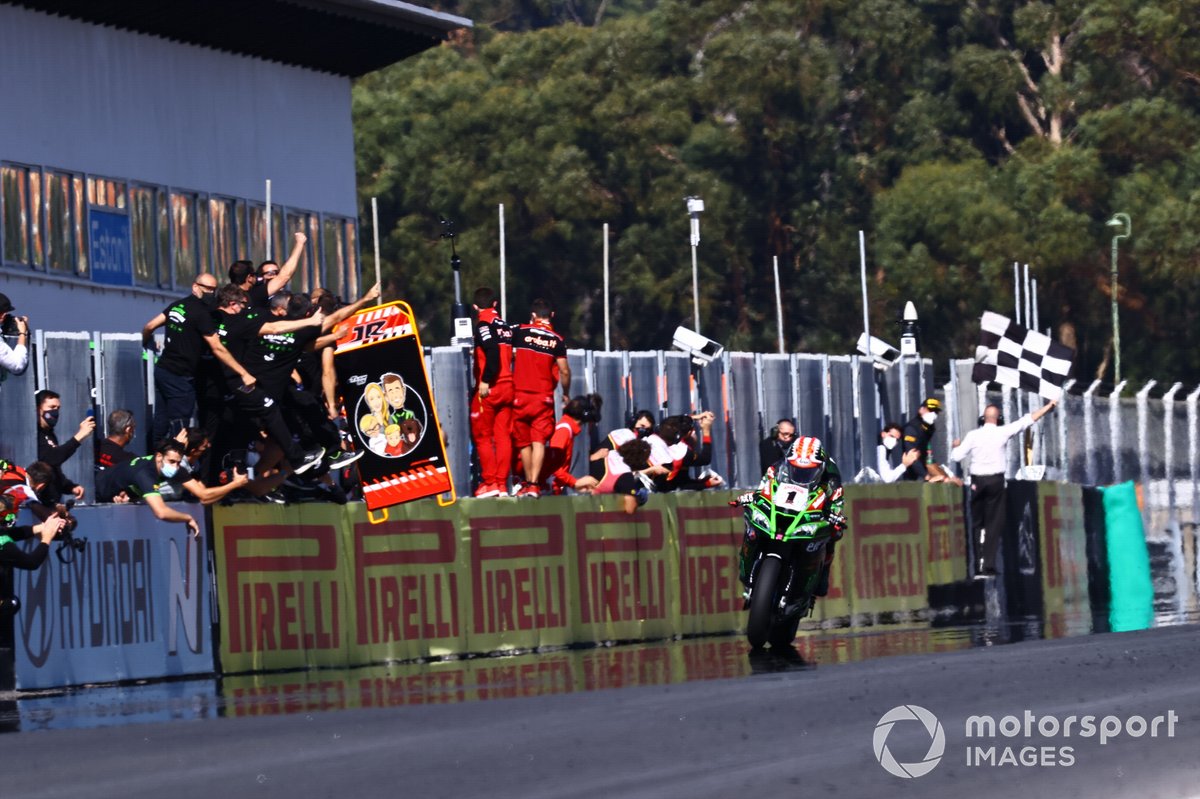 Further reflecting on the campaign, in which he ended up 55 points ahead of Redding, Rea said his retirement from the opening race of the season gave him extra motivation.

"I think the crash at Phillip Island was a blessing in disguise because I went home and worked my ass off during lockdown," said the Ulsterman. "Mentally it was tough, I worked really hard with my physical trainer, I lost some kilos, and I felt like I had a really good Jerez [the first race back after lockdown] even though the results didn’t show it.

"That mid-part of the season where we viewed the circuits as our weaker circuits, we managed to capitalise and [gain points] overall, from that point we had a grip on the championship."

Asked what targets he now has for the rest of his career, the 33-year-old replied: "Now I don’t have goals anymore, [except] just to be better, to keep challenging myself.

"The biggest target is to just enjoy racing, because I know when I do that I’m fast, to develop the bike for Kawasaki and to stay healthy."