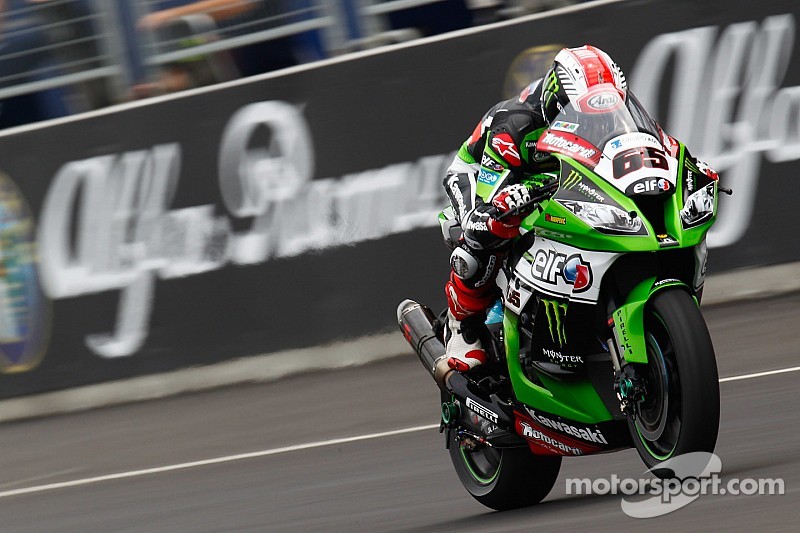 Haslam and Lowes complete the podium, Torres ahead of Sykes in fourth.

The second WorldSBK race of the day at the Chang International Circuit saw another lights-to-flag victory by Jonathan Rea (Kawasaki Racing Team), who claimed his 18th career win and extended his lead in the championship to 10 points in the process. The third double of his career capped a perfect weekend for the Ulsterman, who was dominant all weekend long as he also claimed Pole Position and recorded the fastest laps in both encounters. Incredibly enough, he led every single lap of racing, too.

Alex Lowes (Voltcom Crescent Suzuki), who was keen to make up for the error that cost him a race one podium made a lightning start, shadowing Rea for the first half of the race before succumbing to fellow British rider Leon Haslam (Aprilia Racing Team – Red Devils), who notched up his second consecutive 2nd place of the day.

Race two marked the fourth consecutive encounter with an all-British podium. Never in WorldSBK history has the rostrum been made with riders of the same nationality in four successive races

Other KRT rider Tom Sykes had a fairly uneventful race to claim 5th just behind Jordi Torres (Aprilia Racing Team – Red Devils), who scored another solid result in his debut WorldSBK season in 4th. The Spaniard pushed hard to overtake the former champion with two laps to go, eventually completing a successful manoeuvre into turn 3.

Clutch problems for the reigning World Champion Sylvain Guintoli (Pata Honda World Superbike Team) saw the Frenchman having to start from the rear of the grid after missing the sighting lap. He would have an incredible first lap that saw him complete the first lap in 12th. He would eventually finish 6th after getting the better of team-mate Michael van der Mark, who made up for his retirement in race one by finishing 7th.

Chaz Davies (Aruba.it Racing - Ducati Superbike Team) suffered his second crash of the day early in the race but fortunately as in race 1 he was able to remount, eventually scoring the final championship point with 15th.

In terms of the overall championship standings Rea leads the way with 95 points out of a possible 100, ten ahead of Haslam as the series heads to Aragon in Spain in three weeks’ time.